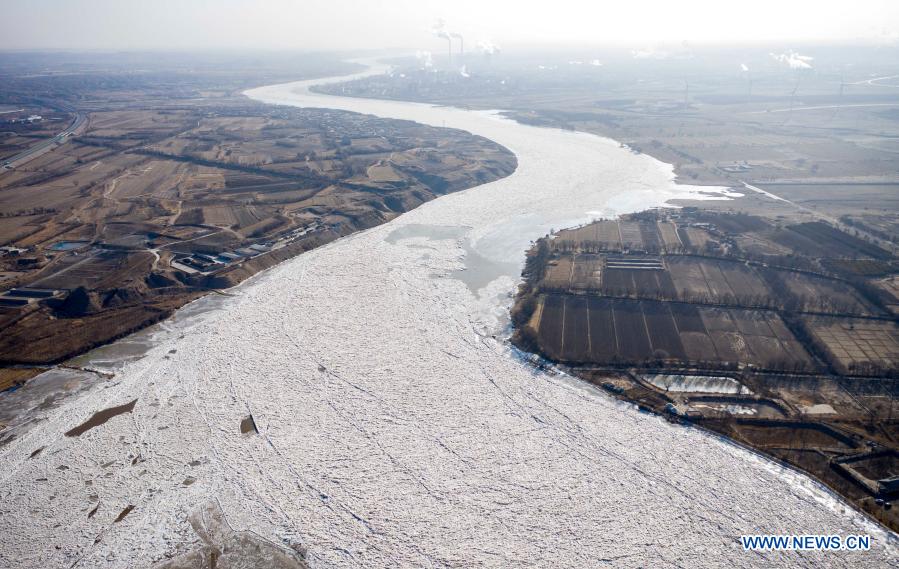 By 11 a.m. Thursday, a total of 787.1 km of the river had frozen over, according to the Yellow River Conservancy Commission of the Ministry of Water Resources.

Frozen sections in the Ningxia and Inner Mongolia autonomous regions have reached 720 km, said the commission.

The lower reaches of the river in Shandong Province have frozen for the first time this winter, with 4.6 km now covered, according to the commission.

Chen Yintai, an expert with the commission, said the river faces increasing danger from ice jam flooding as the cold air has thickened ice floes, and the frozen section of the river has expanded faster.

The commission will closely monitor weather conditions and ice jams in the river to ensure safety during the frozen period, the commission said.

The 5,464 km long Yellow River is the second-longest river in China and its section in Inner Mongolia accounts for one-sixth of the river's total length. The Yellow River rises in the northwestern province of Qinghai and runs through nine provinces and autonomous regions in western, central, northern and eastern China. Enditem