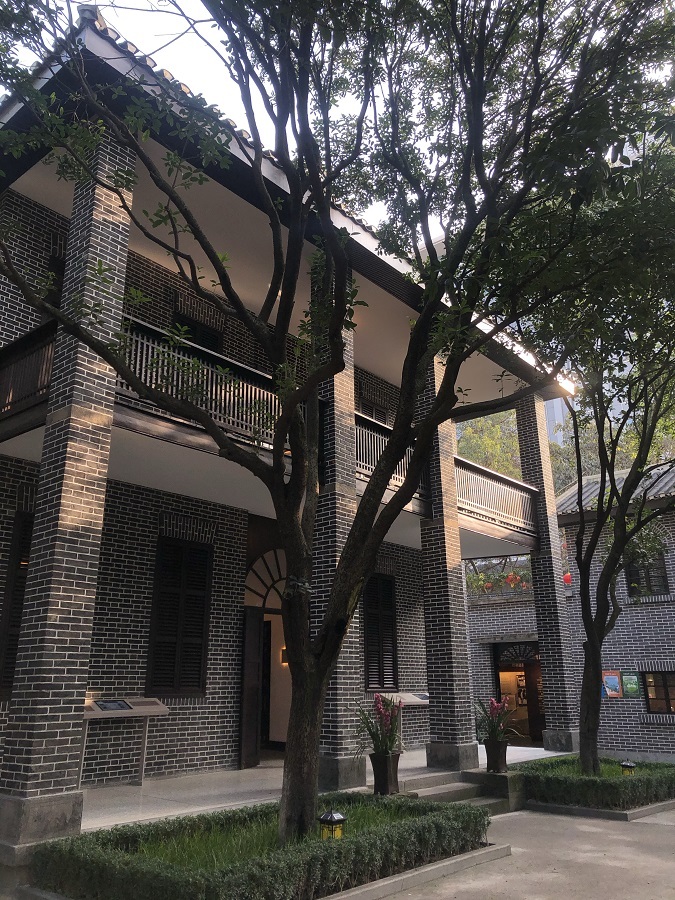 The Gui Garden in Chongqing, which hosted the Chongqing Negotiations between the Kuomintang and the Communist Party of China in 1945. (Photo: China Daily)

In the heat of August 1945, the Gui Garden on Zhongshansi Road in downtown Chongqing attracted wide attention at home and from abroad, with international reporters waiting day and night outside the quaint, private villa as a significant meeting about the country's future was held in the wartime capital.

The Chongqing Negotiations, 43 days of top level negotiations between the Kuomintang and the Communist Party of China, was an important political event at a crucial moment when China faced a choice between war and peace after the victory in the War of Resistance against Japanese Aggression (1931-45).

"It was the first time the CPC officially entered the international political stage and gained worldwide recognition," said Zhou Yong, the director of the Chongqing Research Office of CPC history.

With more than 90 million members, the CPC, the world's largest political party, will celebrate its centenary on July 1.

Zhou said that in today's challenging global environment, Party members can learn from the diplomatic ideas and skills exhibited 76 years ago.

"Mao Zedong and other members of the Party did an extraordinary diplomatic job during their stay in Chongqing and won understanding and support from both Chinese and foreign people for the CPC," Zhou said.

On Aug 28, 1945, at the invitation of Chiang Kai-shek, then chairman of the National Commission of Military Affairs of China, Mao, chairman of the CPC Central Committee, went to Chongqing by a special plane from Yan'an, Shaanxi province, for peaceful negotiations in order to realize people's desire for nationwide peace and democracy.

Weeks later, on Oct 10, the Minutes of Talks between the Government and Representatives of the Communist Party of China, also known as the Double Tenth Agreement, were signed and released to the public.

In order to unite all possible social forces and establish a wider united front for China's peaceful development, Mao met over 100 people from all walks of life in Chongqing on the sidelines of the negotiations, including senior government officials, military officers, business tycoons, scholars, artists and representatives from other political parties and foreign missions.

He introduced them to the CPC's political platform and the development of negotiations with the Kuomintang, and he exchanged ideas about pressing issues such as political democracy, domestic solidarity, economic development and how to avoid a civil war.

He met the leaders of the Provisional Government of the Republic of Korea and expressed support for their national independence movement. The provisional government was launched in Shanghai on April 13, 1919, shortly after the Samil Movement declared Korean independent from Japanese rule. It settled in Chongqing in 1939.

On Sept 8, Mao hosted a tea party at the Gui Garden to thank foreign friends for their support during the war and said he hoped they would continue to assist Chinese people in the future. The participants included representatives from the China Defense League, United China Relief and the British Red Cross.

"Mao's meetings gave many people an opportunity to learn about the CPC," said Ma Qike, curator of the Chongqing Hongyan Revolutionary Memorial Museum.

"Mao's work during the Chongqing Negotiations teaches us that the CPC must adhere to the united front and adopt the 'mass line', promote the building of a community with a shared future for mankind and protect the peace and development of the world."

The museum, in Hongyan village in Chongqing's Yuzhong district, used to be the base of the Southern Bureau of the CPC Central Committee and the Chongqing office of the Eighth Route Army during the war against Japan. During the negotiations, it was one of the main places Mao worked and lived.

Ma said a new museum dedicated to the Chongqing Negotiations is being prepared, with related items being collected from all over the world.