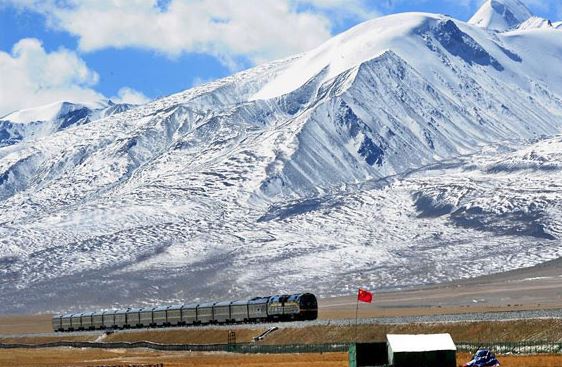 KATHMANDU, Jan. 21 (Xinhua) -- Nepal-China trade through Rasuwagadhi-Kerung (Geelong) border point has been halted completely for the past four days due to landslides and insistent snowfall in the bordering region, a senior Nepali official said Tuesday.

This is the main border point for bilateral trade between the Himalayan country and its northern neighbour through the land route.

Arjun Bhandari, chief district officer at District Administration Office in Nepal's bordering district Rasuwa, told Xinhua that the bilateral trade was halted since Jan. 18 due to landslides in some bordering Chinese areas as well as thick ice on the road due to continued snowfall.

"We have been notified from the Chinese side that there have been landslides at Jhugutasa, Finging Kanbo, Thalbu and Thumse which are close to the border point," Bhandari, who is in-charge of the Rasuwa district, said.

"We are worried about possible prolonged halting of bilateral trade through this route because we may not get delivery of winter wears being imported before the winter season is over," said Bachhu Paudel, president of Nepal Trans Himalaya Border Commerce Association, a grouping of Nepali traders involved in Nepal-China trade.

In the last fiscal year 2018-19 that ended in mid-July 2019, the two countries traded goods worth $358 million (42 billion Nepali rupees). Nepal's total trade with China in the last fiscal year stood at $1.82 billion, most of it took place through the sea route via India, according to figures from the Nepali side.