British Airways has drawn anger among Chinese citizens after it categorized Taiwan and Hong Kong as independent countries on its website.

This comes in contrast to other well-known foreign companies, such as Germany's Mercedes-Benz and Lufthansa, which recently chose to adjust their category of "Taiwan" to "Taiwan, China."

According to the news site guancha.cn citing posts from Facebook, British Airways on March 7 apologized to Taiwan independence separatist forces and altered the category of Taiwan to that of an independent nation. 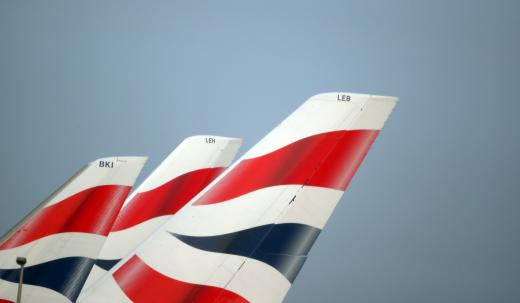 The letter sent by British Airways reads: "I'm sorry our mistake has caused you to be offended. We've corrected the word on our website in both languages and it now only displays Taiwan."

It is worth mentioning that British Airways listed Gibraltar as "Gibraltar (UK)" on its website. The island, however, remains a source of controversy between the UK and Spain.

Separately, on Monday Wu Mingyi's novel The Stolen Bicycle was shortlisted for the UK's Man Booker International Prize. The organizer labeled Wu a writer from "Taiwan" rather than "Taiwan, China."

Wu even expressed his gratitude on Facebook about it. "Even though I've just been listed in the initial stage, I am honored and my nationality has been labeled as 'Taiwan.'"

Chinese net users expressed their anger online and called for measures to firmly safeguard national sovereignty and not tolerate any intentions to separate the country.

"How can we still believe in such a company?" wrote Weibo user "lipman81." Many have called for a boycott of British Airways. User "trytoreload-h" joked, "Is the British Empire still not willing to give up on China's Hong Kong?"

Previously, Mercedes-Benz also struck a nerve with Chinese consumers by quoting the Dalai Lama in a social media advertisement. The company later deleted the post and apologized.

Global hotel chain Marriott International found itself in the same situation after listing China's Tibet Autonomous Region as a country in an email sent to members.