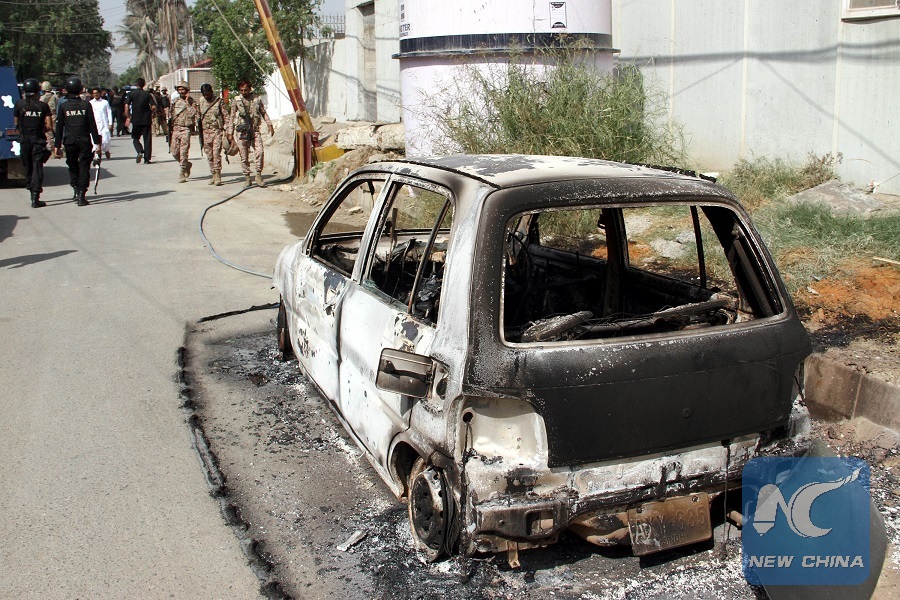 Chinese netizens are eager to donate money to the families of two Pakistani police officers who got killed during an attack on the Chinese Consulate-General in the southern Pakistani city of Karachi on Friday. Four Pakistan nationals, including two police officers, were killed in the attack, the Xinhua News Agency reported. Separatist militant group the Balochistan Liberation Army claimed responsibility for the attack, Reuters reported.After learning that the victims' families are having a difficult time, some Chinese nationals in Pakistan began to raise money for them. Their sentiment was echoed by Chinese people back home, the Economic Daily reported on Sunday.Many netizens flocked to the Beijing-Economic Daily's website, applauding the idea of donation and asking it to provide a channel for them to donate money."I suggest we set up a foundation for these foreign police officers who died while trying to protect the Chinese nationals," said Jiancheng4.On Saturday, the UN Security Council condemned "in the strongest terms" Friday's attack, Xinhua reported on Sunday.Members of the council appreciated the swift response of the Pakistani authorities, expressed their deepest sympathy for and condolences to the victims' families and to the Pakistani government, and wished a speedy and full recovery of those injured, Xinhua cited the council as saying in a press statement.Chinese State Councilor and Foreign Minister Wang Yi also strongly condemned the terrorist attack.In an emergency call with his Pakistani counterpart Shah Mehmood Qureshi on Friday afternoon, Wang said that Qureshi's emergency notification of the incident showed the "unbreakable friendship and mutual trust of the two countries." Wang praised the swift and decisive action that Pakistani police had taken to ensure the safety of the staff working at the Chinese consulate. At least 31 people were killed in a separate attack in the Orakzai region of Khyber Pakhtunkhwa province in the northwest on Friday.