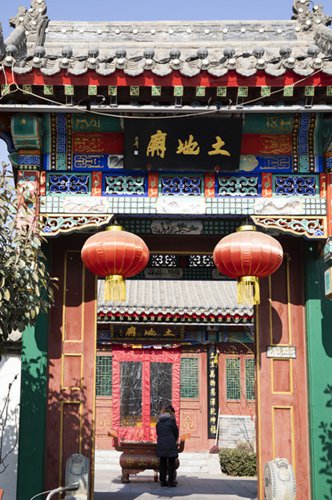 Chinese netizens continue to criticize local authorities in East China's Jiangsu Province over their policy of demolishing temples which worship local gods. This is despite the authorities' explanation that the temples were illegal and affecting the daily life of local residents. Many users of China's Twitter-like social media Sina Weibo posited that authorities in Gaoyou, Jiangsu, were cracking down on folk religions after the authorities reportedly have demolished 5,911 temples of local gods in only 26 days. A staff member from the Gaoyou publicity department on Tuesday told The Beijing News that the campaign is aimed at illegal temples that have affected local residents' daily lives and has nothing to do with religion. The campaign started January 1 and will last until June 30, thepaper.cn reported Tuesday.It was aimed at regulating temples that not only acquired land illegally but also triggered competitive spirits among local residents, the report said, citing the Gaoyou publicity department director Pan Jianqi. A luxury temple can cost as much as 480,000 yuan ($72,000). Some local residents even spent 60,000 yuan to purchase a copper incense burner, deputy township head of Ganduo, Gaoyou, told thepaper.cn.Burning incense in these temples has also reportedly damaged the local environment. Reports of Gaoyou authorities demolishing folk temples, however, went viral on Chinese social media with many criticizing Gaoyou of cracking down on these temples while investing money in building mosques. Gaoyou is home to the largest mosque in eastern China that was built in 1995 in the Hui ethnic township of Lingtang, the only Hui ethnic township in Jiangsu. But many others noted that the two moves are entirely unrelated and need not be confused.