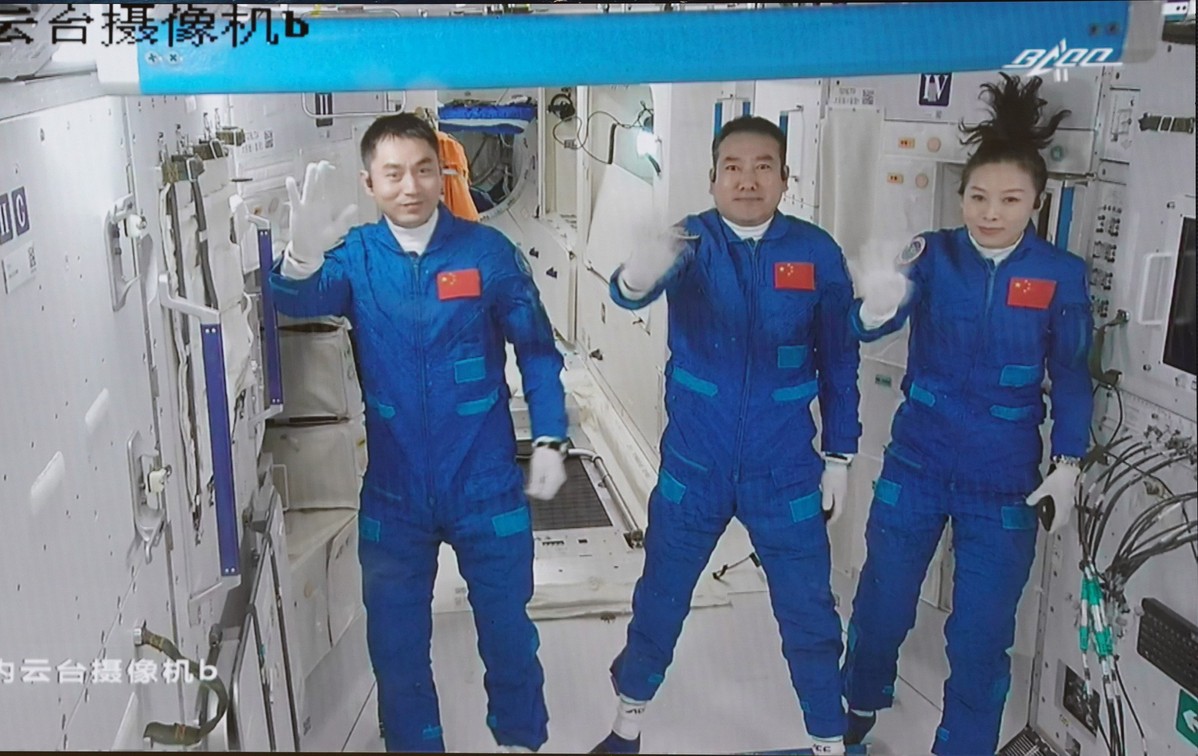 Screen image captured at Beijing Aerospace Control Center in Beijing, capital of China, Oct 16, 2021, shows the Shenzhou XIII mission crew at the Tiangong space station, embarking on their six-month journey inside the station in the country's longest spaceflight. Photo/Xinhua

Chinese netizens have asked questions about the life of a female astronaut's six-month stay in China's space station core module Tianhe, especially during her menstrual period.

Many people have expressed worries women do not have a regular menstrual period in space, as they think blood in the womb would be difficult to leave the body or a retrograde menstruation might happen due to the low-gravity environment.

They also worry that the retrograde menstruation would lead to pains and other health problems, and therefore female astronauts at NASA would take drugs to change the ovulation period.

Female astronauts can take drugs of that sort for short space missions, but such methods cannot be used for long-term flights, as they could harm their health.

However, female astronauts with NASA of the US have done long-term missions with no retrograde menstruations reported. As far as women astronauts' health in general, there are several precautions being taken.

Practice shows female astronauts will have regular menstrual periods, but should not do spacewalks during that time, which could cause them to be vulnerable to decompression sickness, according to Pang Zhihao, a spaceflight researcher in Beijing and a former analyst at the China Academy of Space Technology.

The waste collection system has been adapted to females, and the Tianzhou 3 cargo craft has brought sanitation products to the space station.