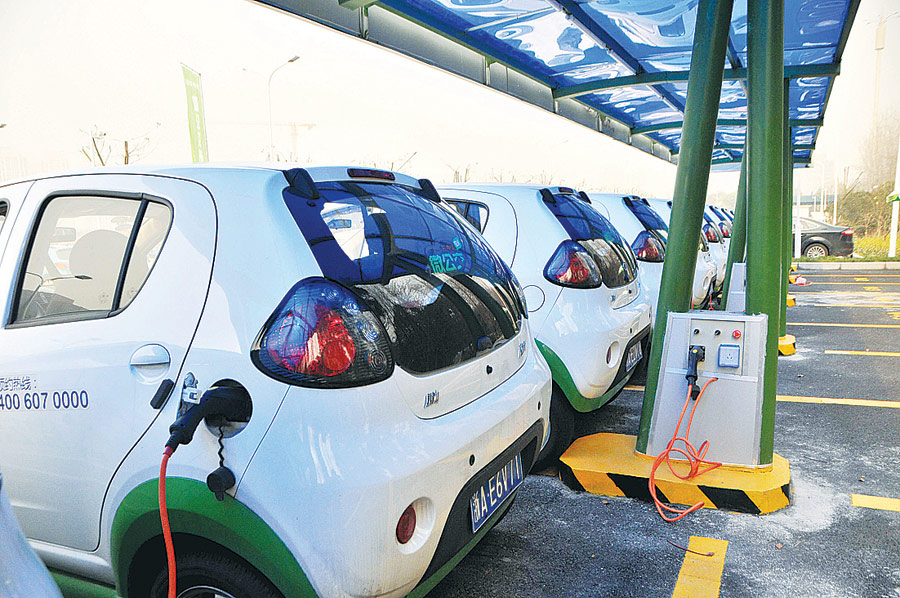 China will whittle down subsidies on new energy vehicles as the industry develops and cost drops, aiming to boost high-quality development in the NEV sector.

The newest measure will lower subsidy standards for new energy passenger cars, buses and trucks, taking factors such as industry growth, cost reduction and subsidy phase-out policies into consideration, the Ministry of Finance said in a joint statement Tuesday, adding the move was set to bring more competition in the industry.

After 10 years of development, China's new energy vehicles are starting to gain momentum in the private market. With the overall vehicle market remaining flat, sales of new energy vehicles last year reached 1.25 million, up 61.7 percent year-on-year, and the figure is expected to reach 1.6 million this year according to the China Association of Automobile Manufacturers.

China plans to stop subsidies on new energy cars by the end of 2020. To ensure a smooth transition, the government decides to achieve this goal by enacting policy in several phases. This year's subsidy standard was slashed 50 percent on average from 2018, Xinhua reported, citing a person with knowledge of the matter.

The source said the proportion cut is basically consistent with falling ratios of general cost for complete vehicles, while pointing out with the rapid expansion of the NEV industry some enterprises tended to become reliant on long-standing subsidies, leading to weak competitiveness.

The statement also asked local governments to remove subsidies on purchases of new energy cars after a three-month grace period starting Tuesday. Instead, more funds will be used to build infrastructure, including charging and hydrogen refueling facilities, and to facilitate relevant services.

With the gradual exit of subsidies, domestic battery and relevant material industries are expected to face intense competition in the years ahead. In contrast, infrastructure equipment production and operation companies will see positive results because of more policy support, said a report by Yicai on Wednesday.