CHINA New AIDS drug will be available in August

New AIDS drug will be available in August 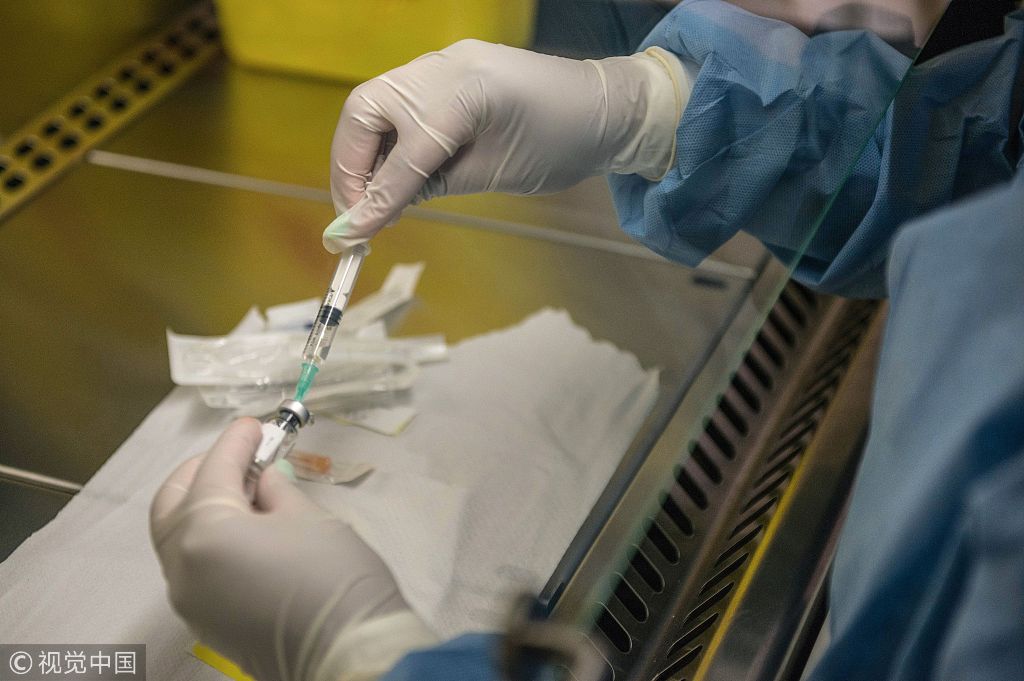 In this file photo taken on Nov 30, 2016, a person holds an experimental vaccine against the AIDS virus in Shoshaguve, near Pretoria, South Africa. [Photo/VCG]

China's first domestically developed long-acting injectable AIDS drug will be available to the public in August, and is expected to benefit tens of thousands of people infected with HIV.

The drug, Albuvirtide, was recently approved by the State Drug Administration, according to a notice on the administration's website.

Developed by Nanjing-based Frontier Biotechnologies, the drug, which can be administered weekly, is said to be able to block the fusion of the virus and host cell membranes, interrupting the HIV life cycle in its earliest stage.

It could potentially enhance patient compliance, improve quality of life and reduce treatment costs for HIV-infected patients, according to the company. Its price has not been released yet.

Zhao Jianzhong, an official with the administration's drug approval center, said in a news report posted on the National Health Commission's website that the drug "offers a new option for HIV treatment" in China.

The birth of Albuvirtide not only means "a breakthrough for domestically developed HIV drugs" but also changes the situation in which HIV/AIDS treatment lacks new drugs, he said.

In addition, it offers an alternative for patients who have developed drug resistance to existing treatment, he said.

Currently, HIV treatments in China are either generic or imported, and people with HIV/AIDS mostly take several pills every day, according to Wu Hao, head of the infection center at Beijing Youan Hospital and an expert in HIV/AIDS.

"Compared with imported anti-HIV drugs that usually need to be taken once every day, we found Albuvirtide has fewer side effects, especially on the liver. ... We hope this first domestically developed drug will give HIV patients a new treatment option," he said.

Wu's hospital, with more than 10 others, have participated in the drug's clinical test for about 10 years with hundreds of patients involved.

According to the 2017 National Health Service Development Report released by the National Health Commission, China had 57,194 newly-added HIV/AIDS carriers last year, and 15,251 people were reported to have died due to the disease.

"Currently, the incidence of HIV/AIDS is at a critical point in China and poses a great challenge to prevention and treatment work," said Wang Tao, chief of the administration's drug approval center.

"Whether the drugs are imported drugs or made domestically, those that are in urgent need and will benefit a large number of patients are always our priority on the medicine approval list," Wang said.

He said the center will keep a close watch on anti-HIV treatment development and strive to keep pace with international research.