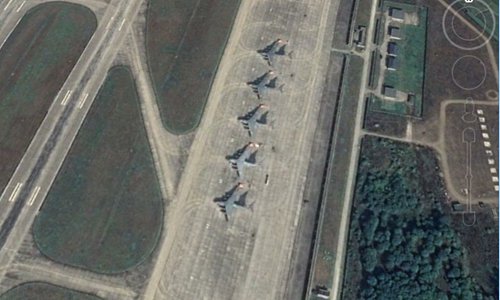 A batch of China's first domestically-developed heavy transport aircraft, the Y-20, was delivered to the People's Liberation Army (PLA) air force in West China recently, media reported on Wednesday. At least five Y-20 transporters went into service in the country's Western Theater Command, experts from news portal guancha.cn said, after Google screen grabs of the transporters were seen at an airport in Qionglai city, Sichuan Province on December 9. This was the first time so many Y-20 transporters had been seen in public after it officially entered service in the air force in 2016. The military in the Western Theater Command is currently equipped with Y-8 and Y-7 aircraft. The Y-20 will support transport missions in the Western Theater Command and will not completely replace the Y-8 and Y-7, Xu Yongling, a retired PLA chief test pilot and an expert at the Chinese Society of Aeronautics and Astronautics, told the Global Times."China has no more than 100 transport aircraft. This is still far short of transport demand. The Y-20, together with the Y-8 and Y-7, will complement each other and strengthen the PLA's overall transport capability," Xu said. 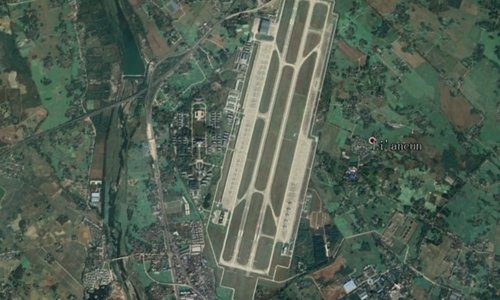 The Y-20 has a maximum takeoff weight of 200 tons and is ideal for transporting cargo and personnel over long distances in diverse weather conditions, the Xinhua News Agency reported. The Y-20 was developed by Xi'an Aircraft Industry, a subsidiary of China's leading military aircraft maker, the Aviation Industry Corporation of China, Xinhua reported. "The Y-20 will largely improve this situation, and will allow China to contribute more to international security, anti-piracy and global counter-terrorism," Song Zhongping, a military expert and TV commentator, had earlier told the Global Times.