CHINA New Beijing airport to promote use of renewable energy

New Beijing airport to promote use of renewable energy 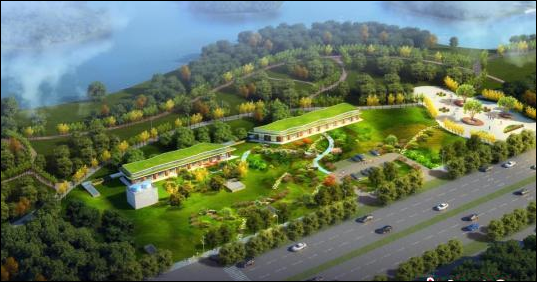 Renewable energy will account for over 10 percent of the total energy consumption of Beijing's new international airport when it starts operation next year, local authorities said Thursday.

Beijing Daxing International Airport, set to start test runs at the end of September 2019, will combine the use of solar energy, earth energy with traditional energy sources, according to the Beijing Municipal Commission of Development and Reform.

Solar photovoltaic systems will be installed on the roofs of the airport, including its car park buildings, business jet hangars and cargo areas. They are set to generate up to 6.1 million kilowatt hours of electricity each year.

Geothermal heat pumps, deployed in nearby Yongding River's detention basin, will power the heating and cooling systems in the airport's supporting facilities. They are expected to provide eight percent of the airport's total energy consumption.

Beijing Daxing International Airport, located 46 kilometers south of downtown Beijing, is designed to take pressure off overcrowded Beijing Capital International Airport in the northeastern suburbs. It sits at the junction of Beijing's Daxing District and Langfang, a city in neighboring Hebei Province.