Shanghai set up an institution on Wednesday to safeguard intellectual property in Zhangjiang Science City in the Pudong New Area and provide free consultation on patent protection for science and technology companies. 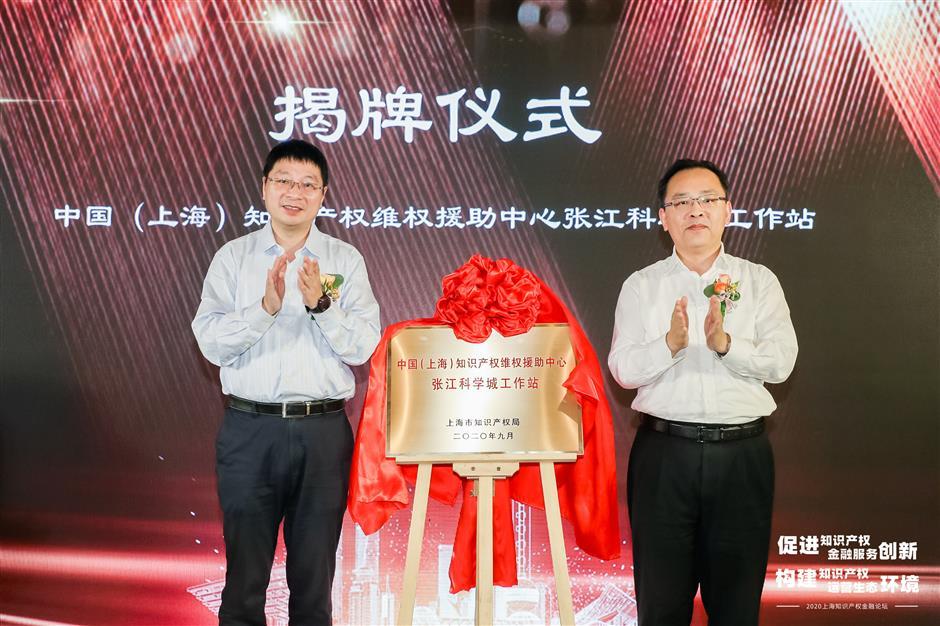 It has been co-founded by the Shanghai Intellectual Property Administration and the Shanghai Scientific Innovation Center Construction Promotion Office, responsible for planning the development of Zhangjiang Science City.

“Zhangjiang Science City is in the foremost position for Shanghai to turn itself into a world-class scientific innovation center and to optimize the mechanism of transforming intellectual property into capital,” said Rui Wenbiao, director of the administration.

So far 80 percent of local enterprises listed on the STAR Market, a cluster of science and technology companies, are based in Zhangjiang.

“To weigh up a scientific innovation center is to see how much value its intellectual property could bring instead of seeing how many products it can produce. The newly built institution will help companies especially small and medium-sized enterprises to make full use of their intellectual property,” said Peng Song, vice director at the promotion office.

“This will be helpful for science and technology companies to get credit from banks. Usually we refrain from lending to these companies because it’s difficult for banks to judge their technology and future development. But when they have clear ownership of intellectual property, it would be much easier,” said Fang Qi, vice general manager of the financial service center for science and technology companies at Industrial and Commercial Bank of China (ICBC).

Fang gave an example of ICBC once increasing credit to 4 million yuan from 2 million after learning that a science and technology company had 54 intellectual properties with promising future development.