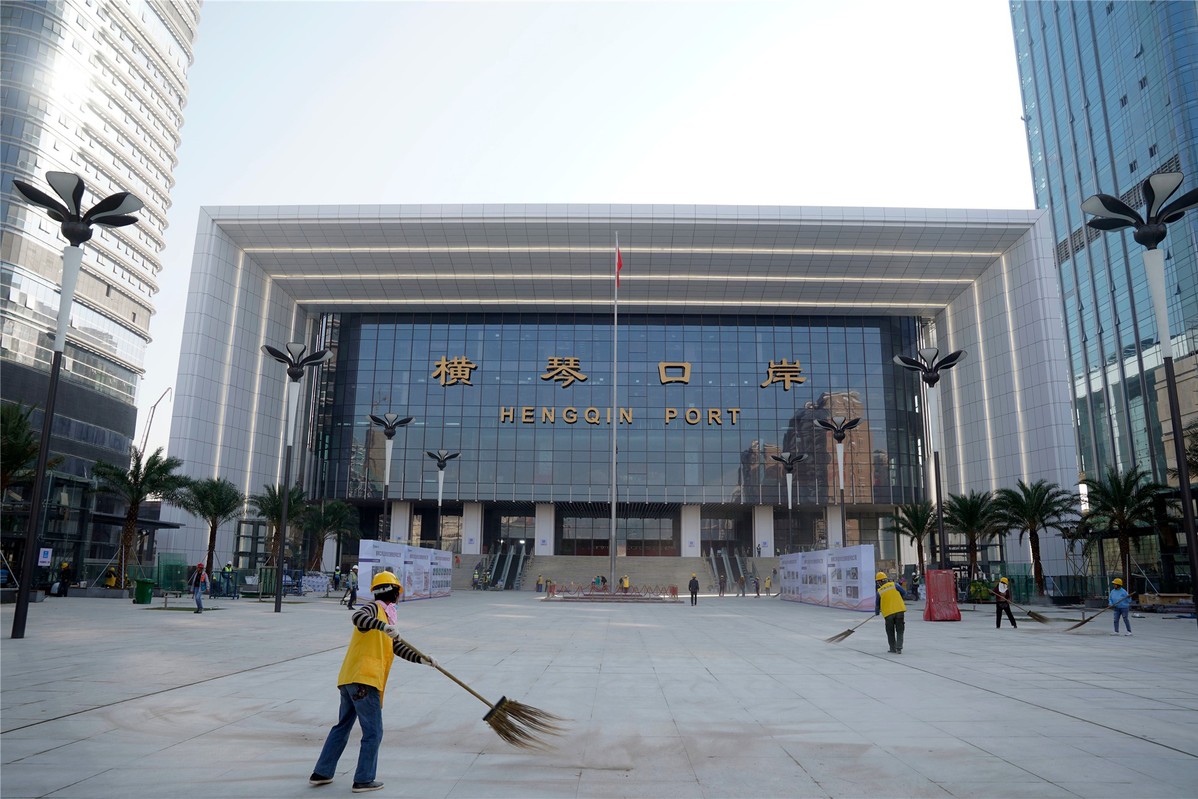 A view of Hengqin port between Macao and Zhuhai. (Photo: Xinhua)

The construction of the new border port between Macao and Zhuhai on Hengqin Island is expected to be finished by Dec 20-the 20th anniversary of Macao's return to motherland, local authorities said.

After it starts operation, the new Hengqin port is expected to handle 222,000 daily passenger crossings, up from 25,300 currently, and the daily vehicle crossings will increase from about 2,700 to more than 7,000, said Wang Yan, deputy director of Hengqin New Area Free Trade Office.

More than 5,000 workers are contributing to the construction, he added.

Currently, although Lotus port in Macao is very close to Zhuhai's Hengqin port, the separate customs clearance takes around half an hour and passengers have to take shuttle buses over Lotus Bridge, he said.

In order to cut customs clearance time, Lotus port will be moved to the new Hengqin port and they will adopt joint inspection so that passengers and vehicles only need to be checked once, he said.

"It will only take around three to five minutes for customs clearance through the e-channels."

The first floor of Hengqin port is set up for people traveling from Zhuhai to Macao and the second floor is designated for travelers from Macao to Zhuhai.

Zhang Tong, chairman of Zhuhai Dahengqin Port Co, said the opening of the new Hengqin port, will meet the demands of a growing number of individuals crossing between Zhuhai and Macao.

In 2018, the Gongbei port between Zhuhai and Macao recorded 134 million passenger crossings, up 5 percent over 2017.

It was the busiest border post in China for the seventh consecutive year and one of the busiest in the world, according to the local government.

China's top legislature, the National People's Congress, on Oct 26 voted to adopt a decision on authorizing the jurisdiction of Macao's port zone at Hengqin port and extended areas in Guangdong to Macao.

In order to enhance the connection of infrastructure between Macao and Zhuhai, and make the transportation, exchange and trade between the places more convenient, it is necessary to relocate Macao's port zone to Hengqin, said the lawmakers.