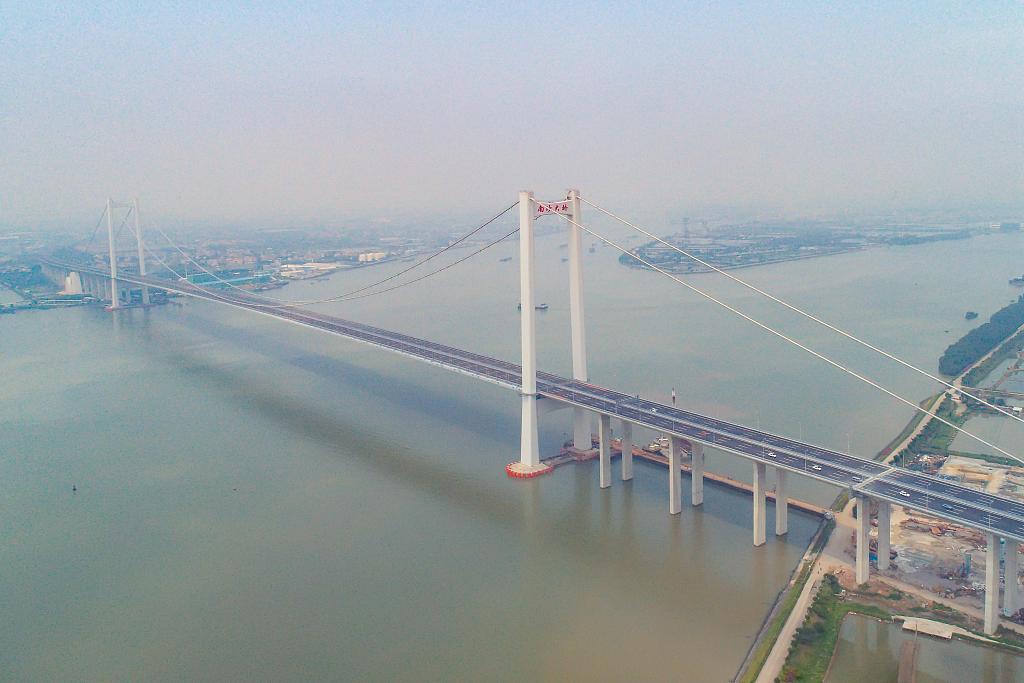 The Nansha Bridge links Guangzhou, capital of Guangdong, and the city of Dongguan, a manufacturing powerhouse. It followed the opening of the Hong Kong-Zhuhai-Macao Bridge, which also crosses the estuary of the busy waterway, in October last year.

The 12.8-kilometer eight-lane bridge is designed for a traffic speed of 100 kilometers per hour, according to Guangdong Province Traffic Group, an investor and constructor of the bridge.

The project is also the first to employ China's self-developed 1,960-megapascal cable wire, a technological breakthrough that will boost future bridge construction in China.

Also known as the Humen Second Bridge, the Nansha Bridge is expected to greatly relieve traffic pressure in the area. 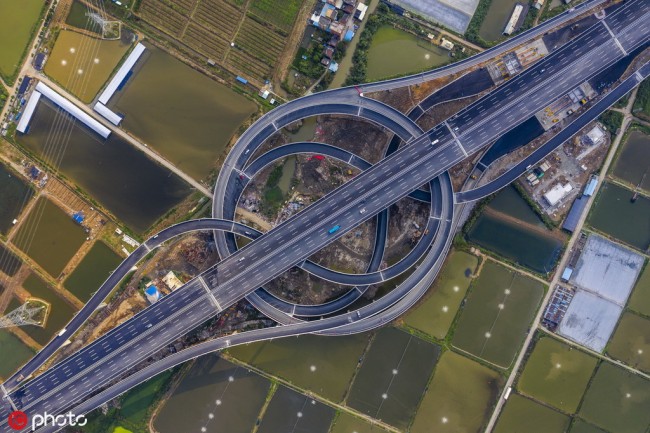 The Bay Area, consisting of Hong Kong and Macao, as well as nine cities in Guangdong Province, aims to boost joint development of the two special administrative regions and the Chinese mainland.