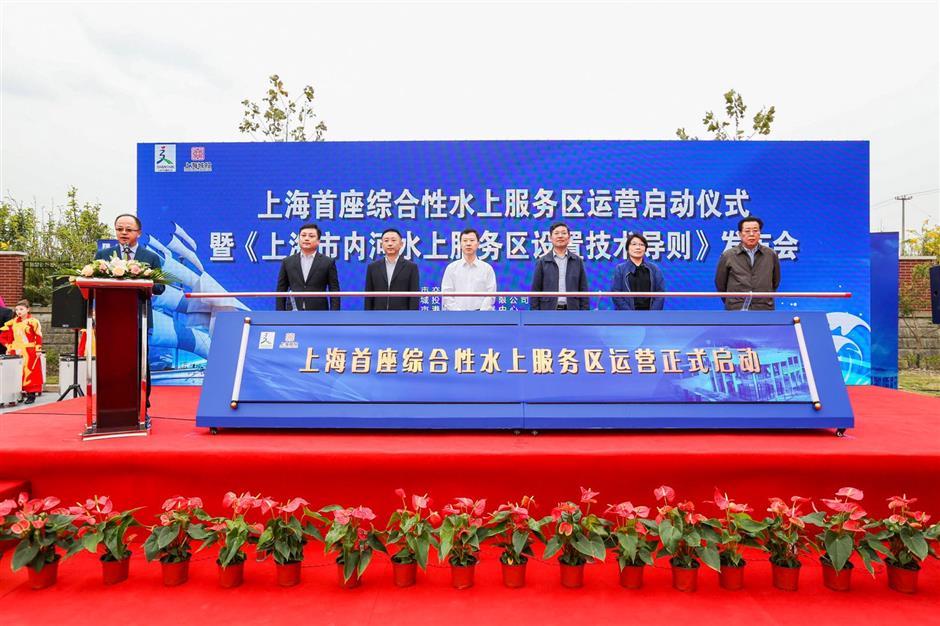 Shanghai’s first comprehensive water service station was officially put into operation in Xuanqiao Town of the Pudong New Area over the weekend to support the shipping transportation system.

Located near the Dazhi River, the Xuanqiao service station is a key stop for container traffic between the Lingang New Area and inland Yangtze Delta regions.

The station was first built in 2012 as part of the area’s water network plan, followed by a three-year upgrade started in 2017 by Shanghai Chengtou Group.

Apart from traditional fuels, the new port service station will provide electricity to vessels at berth. Shore-connected electricity allows vessels to shut down onboard power generation units while at berth, which helps to reduce emissions and noise.

China has been pushing the application of shore power in recent years.

According to a plan announced in 2017, more than half of specialized berths in major ports — including those for container ships, cruise ships and large-size passenger transport and dry bulk cargo vessels — will have the ability to provide shore power by 2020.

Currently, shore power has been applied at over 3,000 berths in ports nationwide, covering almost all service stations along the Grand Canal of China.