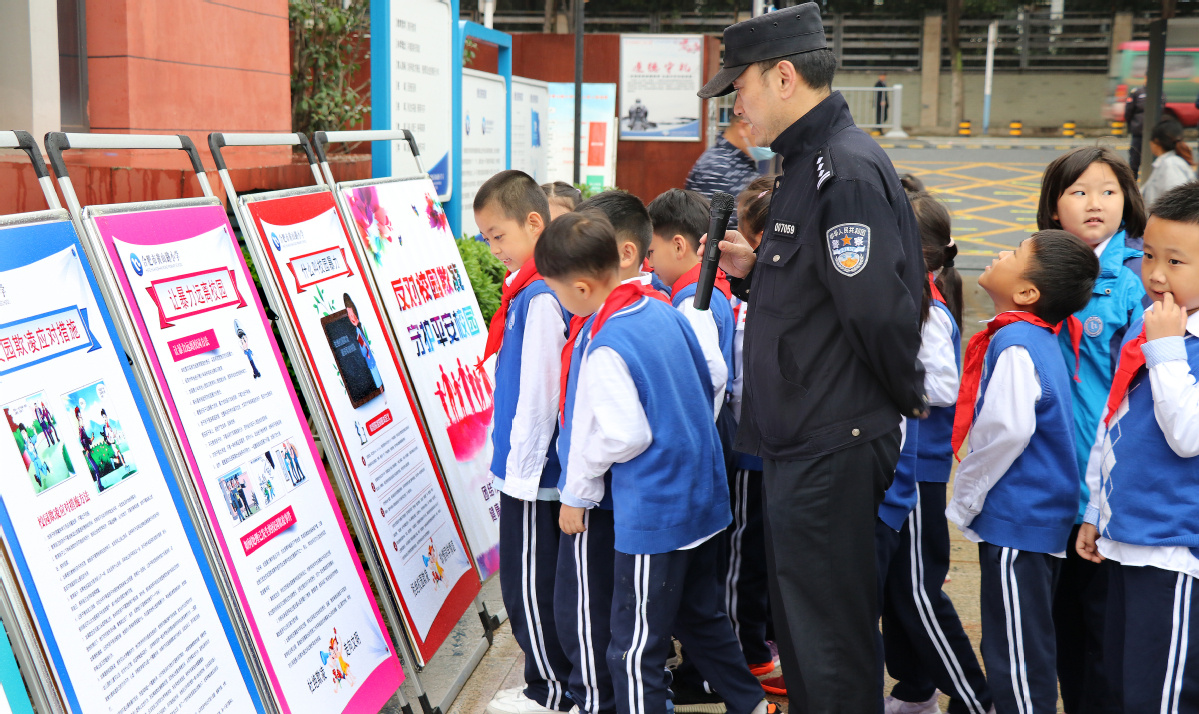 An office that specializes in improving the work of juvenile tribunals and promoting hearings of juvenile-related cases was set up in China's top court on Tuesday as part of a judicial move to improve child protection and development.

"We built the office after full consideration and sufficient research, aiming to meet the central leadership's requirements on the rule of law and implement the amendments on the Minor Protection Law and the Prevention of Juvenile Delinquency," said Yang Wanming, vice-president of the Supreme People's Court and head of the office.

He introduced the office's establishment at a news conference, noting that promoting child development in this new era and responding to public concerns on child-related problems are also critical parts of the effort.

From 2016 to last year, Chinese courts punished 24,386 criminals who harmed juveniles, including those involved in child molestation or abduction or who organized children to beg. Further, more than 1.2 million of civil cases regarding child custody, visitation and rearing were resolved, according to Yang.

During the same period, frequent violent incidents in which juveniles killed, injured or raped others shocked the nation, boosting public demand for rehabilitation for such offenders, he said.

Yang told media that the office will do more research on child-related issues that have drawn public complaint, including school bullying, child molestation and information security, and help the country better resolve such problems by issuing judicial interpretations, making policies and publishing influential cases.