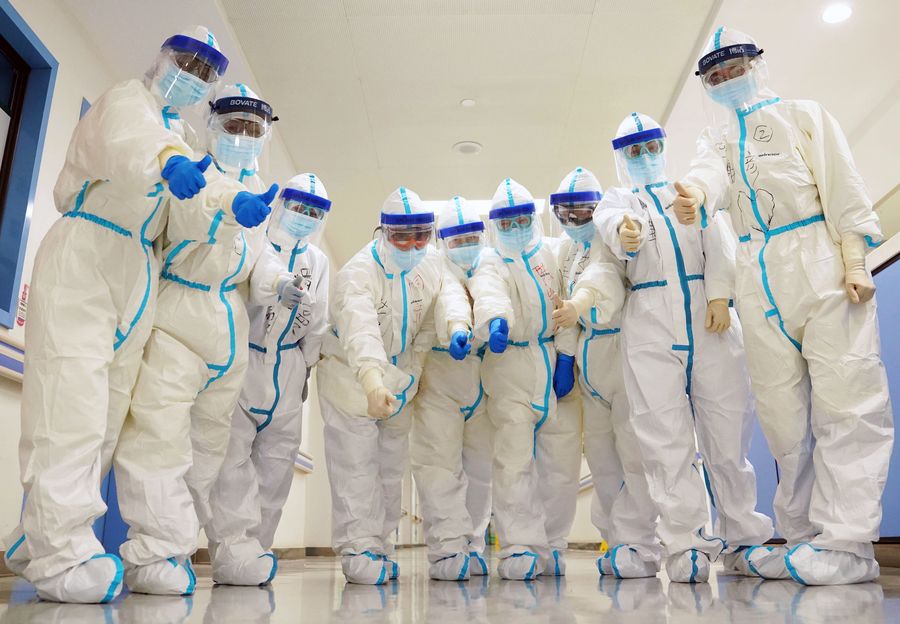 Zhao Jianping (4th L) , a respiratory and critical care specialist from the Wuhan-based Tongji Hospital, poses for a photo with his colleagues at the severe case ward in Wuhan, central China's Hubei Province, Feb. 18, 2020. (Xinhua/Wang Yuguo)

BEIJING, Feb. 25 (Xinhua) -- China's daily new confirmed cases of COVID-19 outside Hubei Province, epicenter of the outbreak, dropped to nine on Monday, according to the National Health Commission.

The commission said Tuesday it received reports of 508 new confirmed cases on Monday from 31 provincial-level regions on the mainland, including 499 from Hubei.

On Sunday, 11 new confirmed cases were reported outside Hubei. The Saturday figure stood at 18.