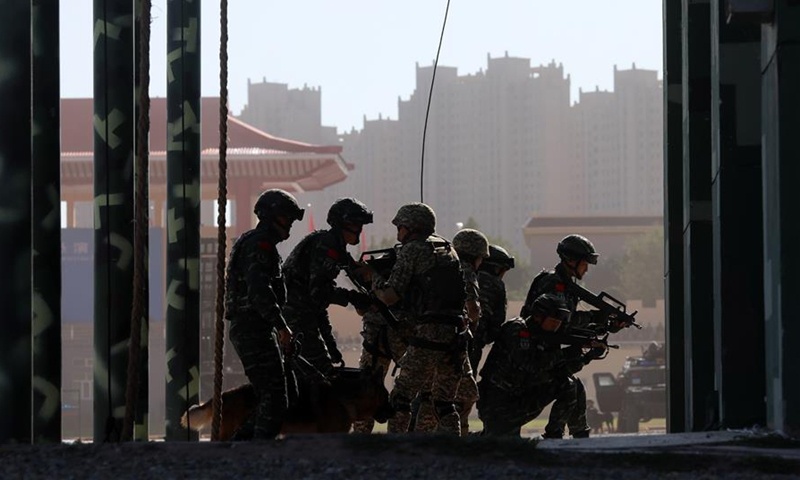 The fourth documentary on the anti-terrorism fight in Northwest China’s Xinjiang Uygur Autonomous Region will soon be aired, with a number of video clips concerning the region’s terrorist activities, cases of “two-faced person” and problematic Uygur textbooks, as well as how the East Turkistan Islamic Movement (ETIM) introduced terrorist audios, videos into China being revealed for the first time, a source told the Global Times on Thursday.

Li Wei, a research fellow at the China Institute of Contemporary International Relations and an expert on counter-terrorism, said that the anti-terrorism and de-radicalization efforts in Xinjiang have been carried out more smoothly after the crackdown on “two-faced” people and the discovery of “toxic” textbooks. Such efforts maximize the protection of people’s right to life. 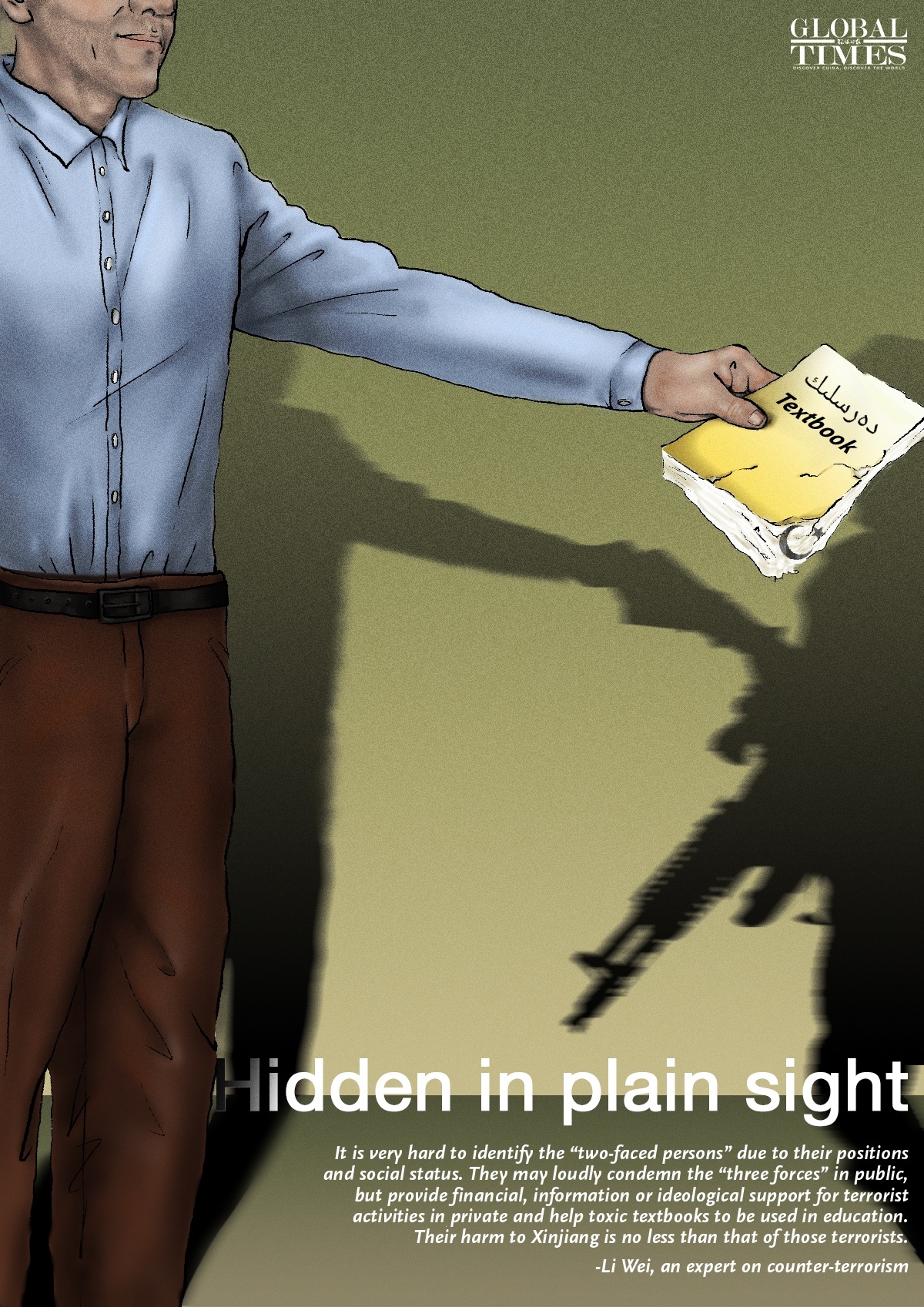 The latest documentary is about 56 minutes long. Similar to three previous documentaries, it adopts bilingual subtitles (Chinese and English), and echoes with them in content. The Global Times reporter noted that the West has long smeared Xinjiang’s anti-terrorism efforts filled with rhetoric such as “excessive anti-terror,” “infringement on human rights” and “assimilation of ethnic minorities,” but cases of “two-faced person” and problematic textbooks were rarely hit by the media.

The in-depth disclosure in the documentary highlights the legitimacy and necessity of anti-terrorism and de-radicalization efforts, which is a powerful counterattack against the anti-China forces’ slander in the West.

The source told the Global Times that the chapter of “Enemies Within” in the documentary reveals typical cases of “two-faced person” who had been lurking in government for a long time.

“There was a period in Xinjiang when terrorist attacks had been very frequent and the major ‘black hand’ behind is ‘two-faced person.’ Some of them even hold positions of power and they on the surface agreed to maintain the security and stability of Xinjiang, but essentially in collusion with ‘three forces’ (terrorism, extremism and separatism), backed them, and notified them some messages,” Li told the Global Times.

It is very hard to identify the “two-faced persons” due to their positions and social status. They may loudly condemn the “three forces” in public, but provide financial, information or ideological support for terrorist activities in private. Their harm to Xinjiang is no less than that of those terrorists, Li said.

The chapter of “The Textbooks” for the first time exposes the problems of ethnic minority language textbooks in Xinjiang. It introduces some criminal groups that spread extremist ideas, incite ethnic hatred, and promote the spread of terrorism activities and extremism in Xinjiang through education.

In the past, some people took advantage of the particularity of bilingual education and distorted the history, development of Xinjiang and ethnic minorities in textbooks which poisoned local children, Li pointed out. “Children’s world outlook and life values have gradually formed in the childhood. If they were affected by such toxic books at that time, it would be hard to calculate the negative consequences.”

That is why some teenagers finally become the “cannon fodder” of the “three forces,” Li noted.

“The relationship between toxic textbooks and the ‘two-faced persons’ is inextricably linked. It can be said that the publication of toxic books were inseparable from the ‘two-faced persons’ as they held key positions in the field of education: they might be responsible for reviewing and editing the textbooks,” Li said. “It is because of them that the toxic textbooks can be used to poison teenagers.”

Li believes that the fourth documentary, together with the first three, form the complete discourse of anti-terrorism in Xinjiang, which systematically, comprehensively introduces China’s efforts to the international community.

“We can see that after digging out the ‘two-faced persons,’ the anti-terrorism work became smoother. Xinjiang has seen no terrorist attacks for over four years and people’s lives and properties have been safeguarded. Cleaning up the toxic textbooks also prevented many teenagers from going to violence and terrorism,” Li said.

“Compared with the anti-terrorism measures taken by Western countries, China’s anti-terrorism measures pay more attention to the protection of human rights. The US-led West tends to kill terrorists as soon as they find them, without taking any effective measures to save them. However, China’s de-radicalization measures have pulled many people back from the brink of terrorism. Who protects more human rights in comparison?” the expert asked.

He believes that China’s anti-terrorism practices can be used as a reference for some countries still suffering from terrorism. “As for the Western countries with prejudices against China, you will never wake them up as they pretend to be asleep.”