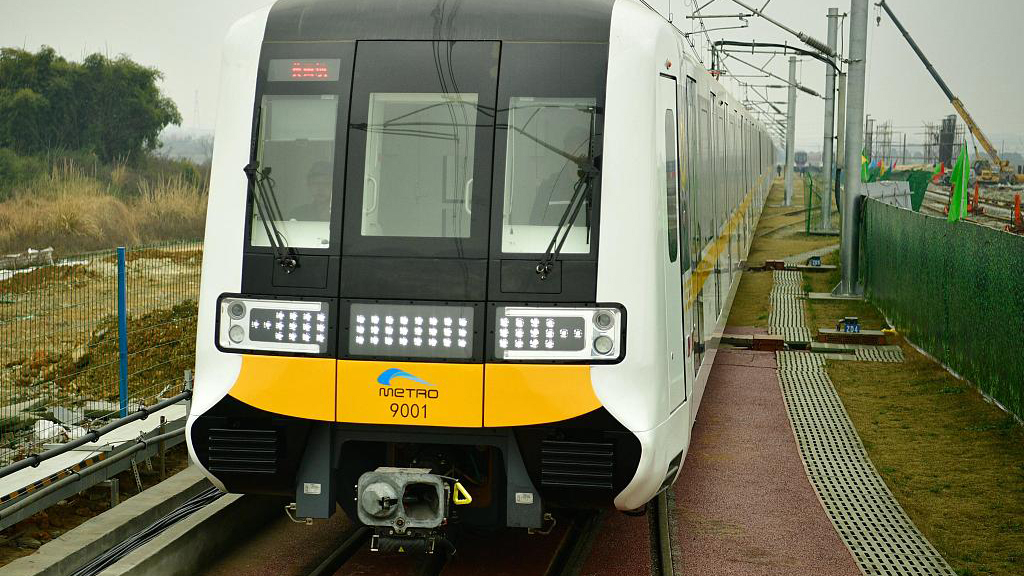 Developed by the CRRC Tangshan Co. Ltd., one of China's major high-speed train manufacturers, the metro train can operate automatically at all times, including opening and closing doors, detecting obstacles and handling emergencies.

The train, with six carriages, can carry up to 2,300 people in one trip. The test model is designed to run at a maximum speed of 120 km per hour, 50 percent faster than the normal subways in cities at home and abroad.

Made of lightweight stainless steel, the intelligent metro train is much lighter than traditional ones, and each metro can save around 4 million kilowatt-hours of electricity per year.

"I believe that this driverless metro train can improve China's international competitiveness in the field of rail transit, upgrade industries and provide a better travel experience for passengers," said Cao Zeqian, a designer of the company's product research and development center.