CHINA New edition of 'Handbook of the Belt and Road' launched

New edition of 'Handbook of the Belt and Road' launched 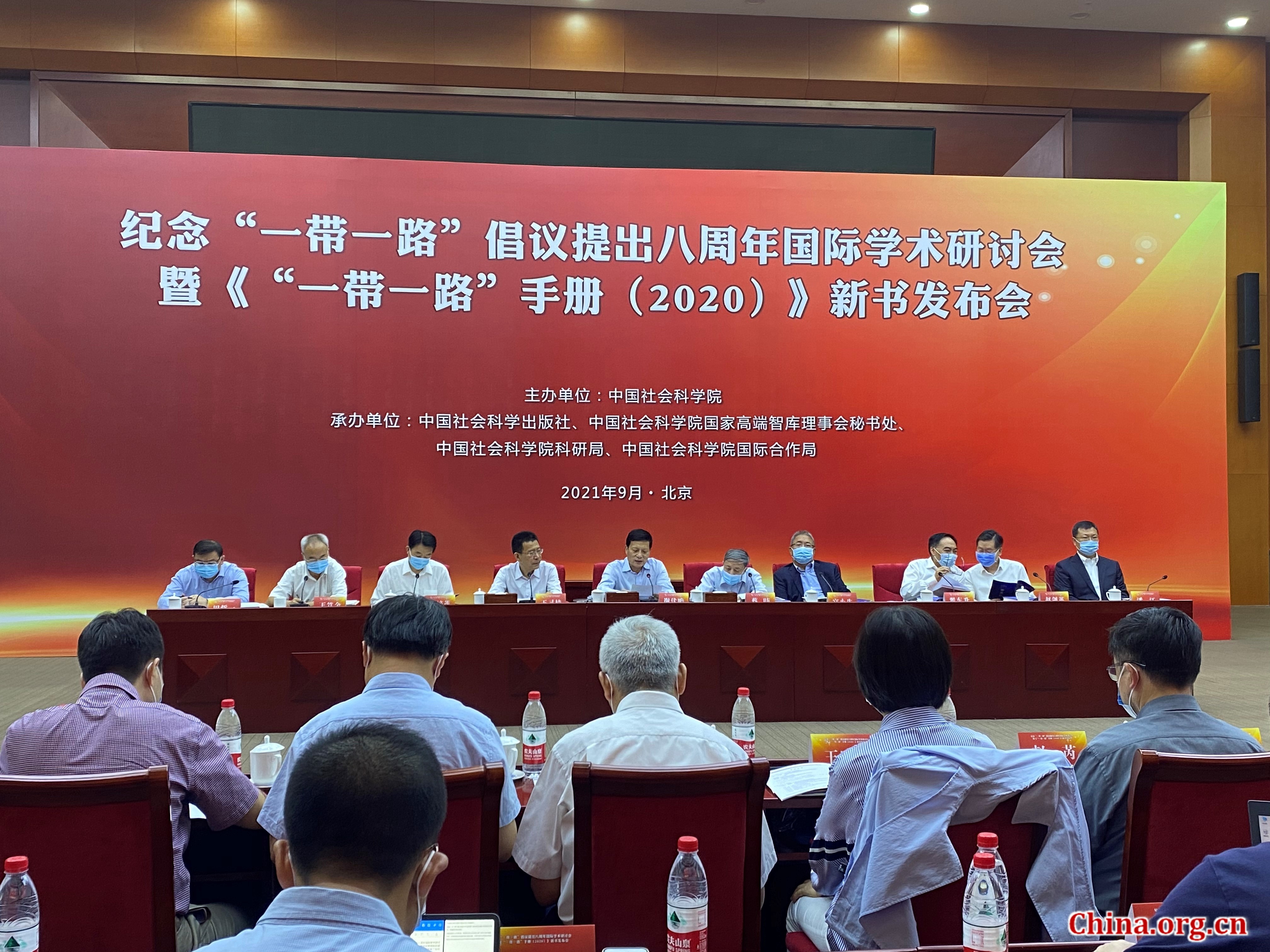 The book launch of "The Handbook of the Belt and the Road" is held by the Chinese Academy of Social Sciences in Beijing on Sept. 7, 2021. (Photo: China.org.cn)

"The Handbook of the Belt and Road 2020" was published by China Social Sciences Press (CSSP) at a book launch seminar on Tuesday in Beijing, held by the Chinese Academy of Social Sciences (CASS).

Co-edited by Chinese and British scholars, the book summarizes the achievements jointly made by the countries taking part in the Belt and Road Initiative (BRI) since 2017.

"The BRI has greatly responded to people's practical needs in the age of globalization, especially against the backdrop of the COVID-19 pandemic," said Cai Fang, co-editor of the book and chief expert of the National Think Tank at the CASS. "I hope this timely research handbook will provide more insights into the BRI for the people across the world."

Built upon the first edition of "The Handbook of the Belt and Road" published by CSSP in 2018, the new book arrived at a critical time in the high quality development of the BRI, shedding light on its influence in the green development of the world.

The new edition consists of 155 clauses and sub-clauses, and elaborates on the achievements in the construction of major projects and dialogue platforms, as well as China's efforts in building long-term financial mechanisms such as the Asian Infrastructure Investment Bank and the Silk Road Fund.

Jeremy North, managing director for books publishing at Taylor & Francis Group, delivered a speech via video at the event.

Nearly 60 government officials, experts, and guests from multiple countries attended the book launch either at the event or through the internet.