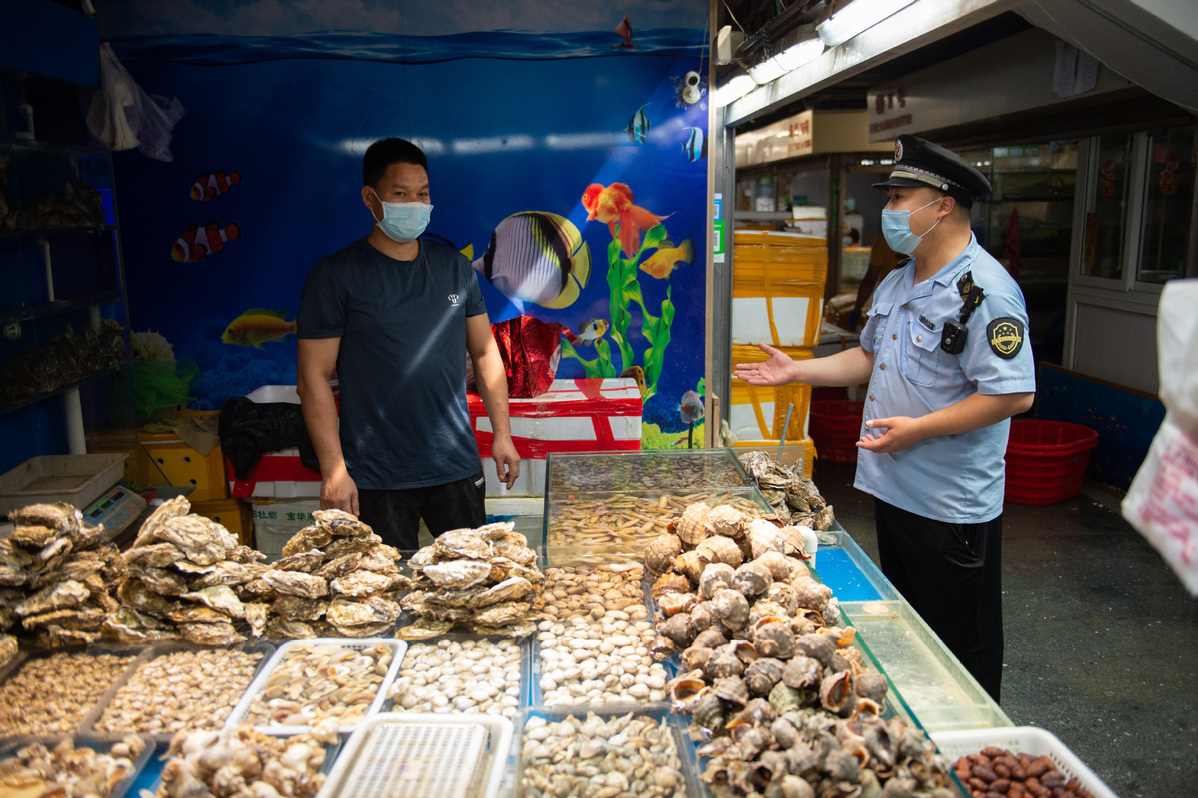 Large agricultural markets in China, especially those selling frozen meat and seafood or containing damp environments, will be subject to regular tests for novel coronavirus as several COVID-19 outbreaks in China are believed to be tied to markets selling or processing seafood.

Testing samples will be taken from surfaces of stalls, refrigerators and tools. Throat swab samples of vendors in the market, as well as samples collected from their clothing and hands, will also be tested.

Tests will also cover livestock, poultry and seafood products, as well as wastewater in the market's sewage system.

Objects and surfaces in public areas that see frequent use by workers or vehicles, such as doorknobs, toilets, tractors and garbage bins, as well as aerosol samples in offices with poor ventilation, will also be tested for the virus.

All samples and files recording the sample collection process must be delivered to designated testing facilities within 24 hours. Laboratory work will be conducted in P2-level biosafety laboratories — the third-highest level in a four-tier system — but technicians should take personal protective measures according to the standards of P3-level laboratories.

Enhanced monitoring of agricultural markets was rolled out after rising speculation that cool and damp environments may raise the risk of the virus's spread.

Wu Zunyou, chief epidemiologist at the Chinese Center for Disease Control and Prevention, said recent outbreaks in Beijing and Dalian in Liaoning province were both associated with seafood products. The epidemic that first emerged in Wuhan, Hubei province was also tied to a local seafood market.

"Such damp and cool environments are suitable to the survival of the virus, and it is not easy to eliminate the virus in these environments, thus causing risks of transmission," he said. "So areas handling seafood products should take extra precautions."