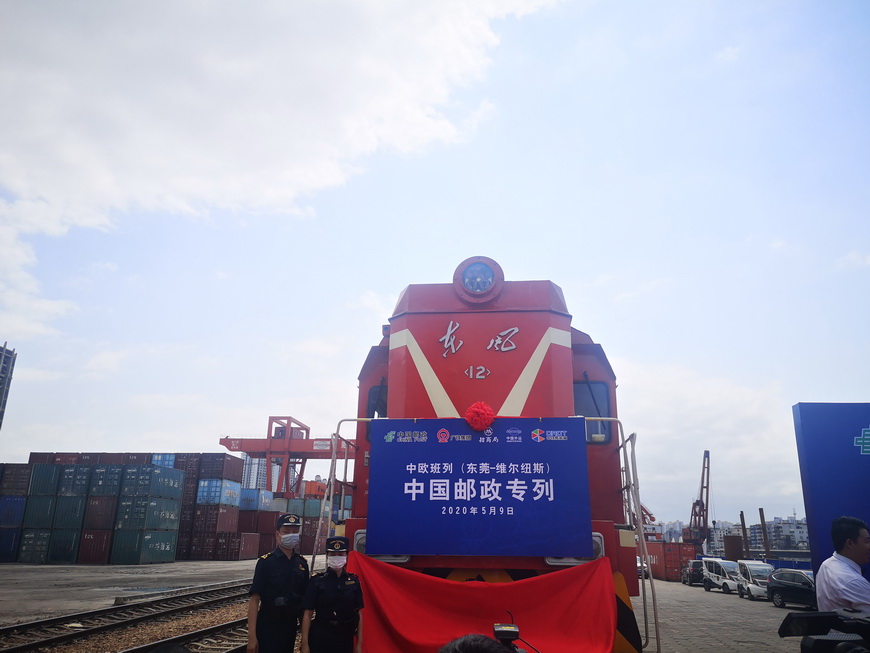 The train of the new postal service will pass by Kazakhstan, Russia and Belarus and is expected to arrive in Vilnius 16 days later.

Carrying 41 TEUs loaded with 260 tonnes of international mail, including clothing, toys, luggage and electronic products, from Dongguan and the surrounding areas, it will leave China via the Horgos Port in northwest China's Xinjiang Uygur Autonomous Region.

After arrival, the international mail will be distributed to European countries and regions such as Spain, Britain, Germany and Italy.

The opening of this China-Europe freight train service line will help promote multilateral trade exchanges and cooperation between parts of south China including Dongguan and countries and regions along the route. Enditem