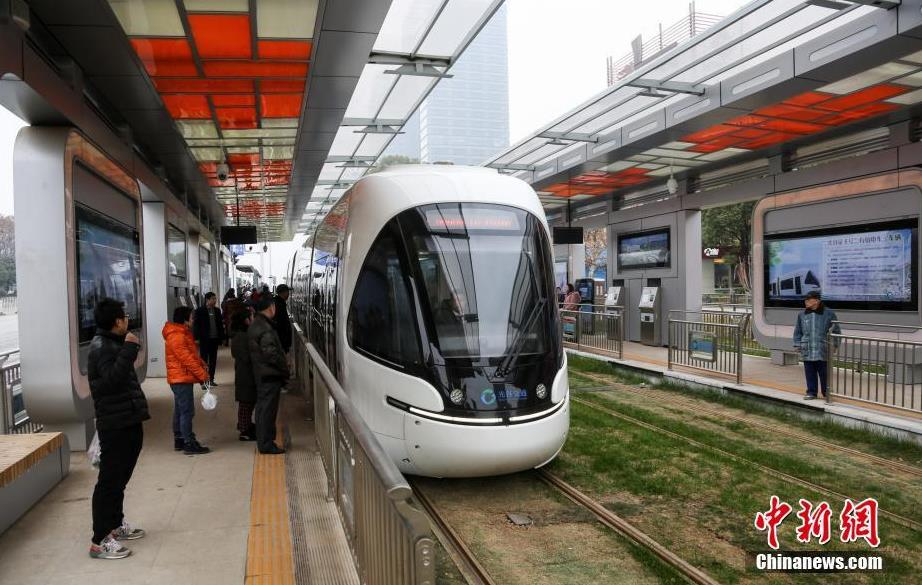 A new generation of carbon-fiber tramcar was unveiled to the public at Fourth China (Changchun) Rail Transit Expo on Friday in the city of Changchun, northeast China's Jilin Province.

It can hold up to 368 passengers with a designed speed of 80 km per hour.

The tramcar's body is made of carbon-fiber composite material – a solution to reduce its body weight by about 30 percent compared with the one made of stainless steel. Reducing weight means less energy consumption and being more environmentally-friendly.

The composite material also does well in thermal insulation, noise insulation, and corrosion resistance, so that the tram can provide passengers with a more comfortable travel experience and a lower maintenance cost.

The "Optics Valley Quantum" displayed at the Expo will be delivered to Wuhan, central China's Hubei Province, and then put into use as the world's first all-composite tramcar in operation.

In January, two tramcar lines and six routes were opened to the public for trial operations in Wuhan.

The advent of the "super vehicle" further promotes the mass production of carbon-fiber composite for railway transportation, and also expands the market of such material.