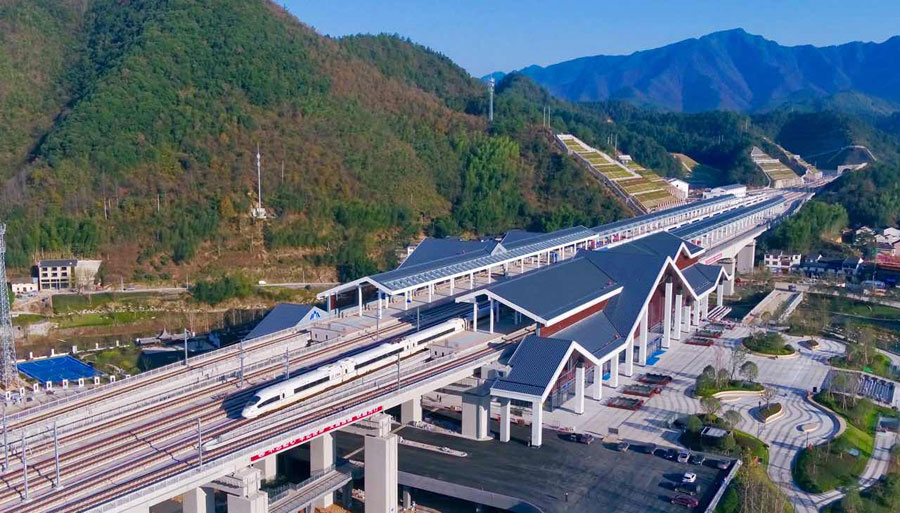 A rail route linking the Zhejiang capital of Hangzhou and Huangshan city in Anhui province opened on Tuesday, according to the China Railway Corporation.

The 265-kilometer Hangzhou-Huangshan line will reduce traveling time to just one and a half hours from over three hours before, the company said, adding that residents from Shanghai and Nanjing need to travel only two and a half hours and three and half respectively if they visit Huangshan. 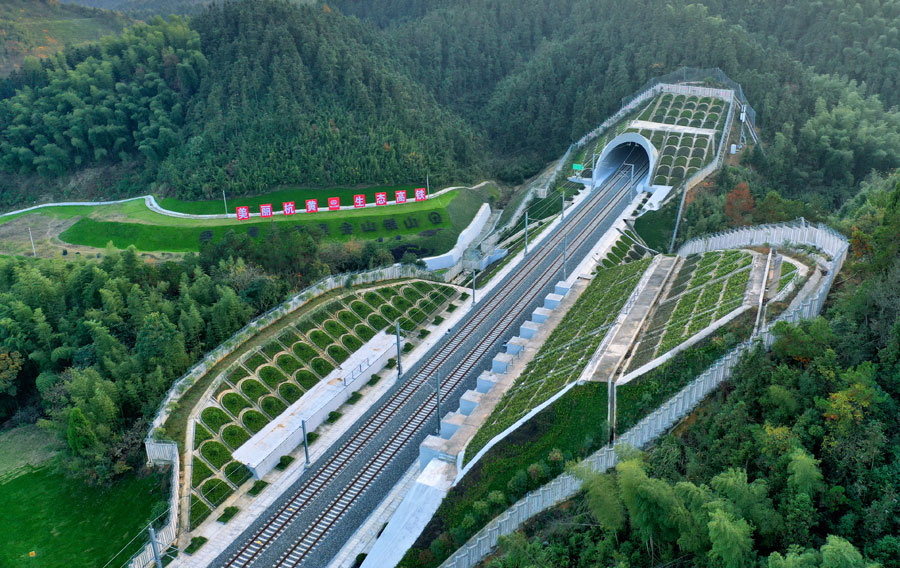 The new rail line will serve as a key route for tourists, and boost visitor numbers as there are seven 5A-level scenic spots including Huangshan Mountain, West Lake and Qiandao Lake, and over 50 4A-level tourist attractions along the route. China’s tourist attractions are graded based on a rating scale by the Ministry of Culture and Tourism, with 5A being the highest rating. This development will bring further travel convenience for the country's tourists, the company said.

The route features nine stations, and trains will travel at a designated speed of 250 kilometers per hour. Construction began in September 2014, and the project was difficult due to the complex terrain along the route with numerous bridges and tunnels built.