Chinese scientists have achieved a record rice yield of nearly 22.5 metric tons per hectare, or 1,500 kg per mu, in an experimental field in Central China's Hunan province. 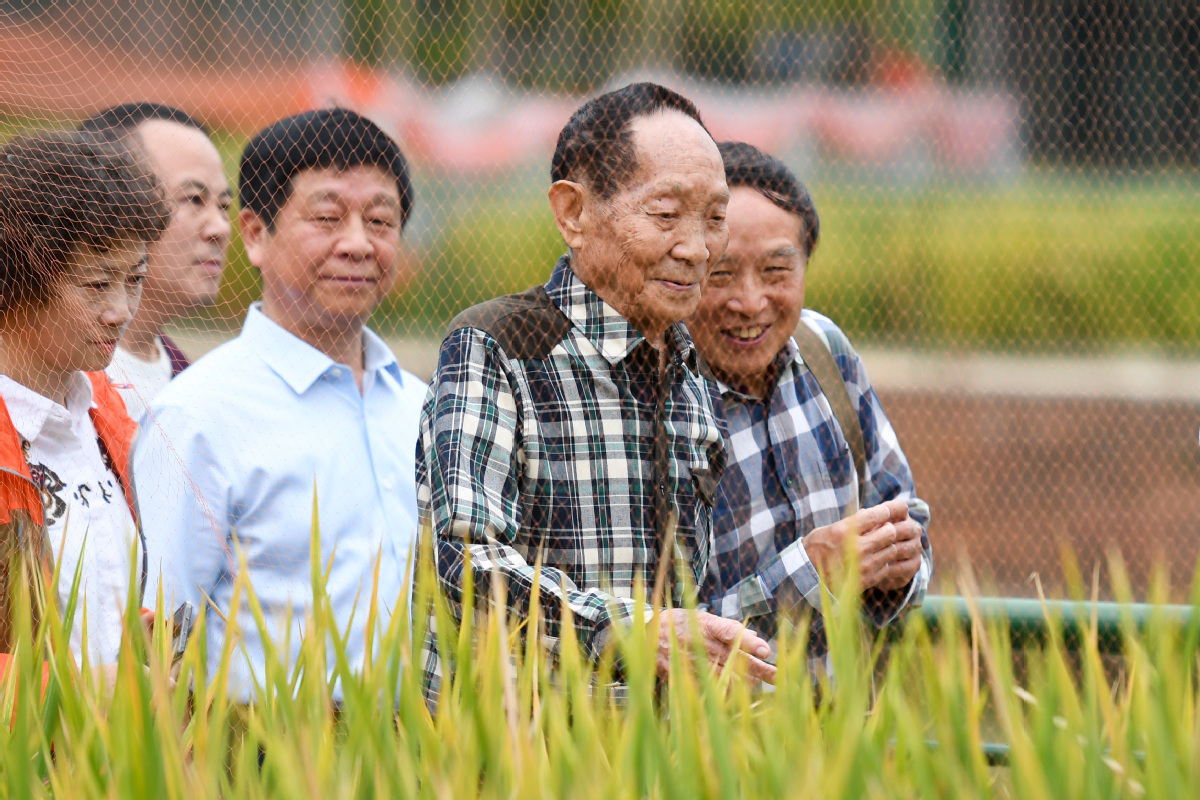 Assessment experts announced on Monday average yield at the field in Hunan's Hengnan county planted with the third generation of hybrid rice varieties reached 13.68 tons per hectare, or 911.7 kg per mu.

In July, early harvests at the same field growing another strain of third-generation hybrid rice showed an average yield of 9.29 tons per hectare, 619.06 kg per mu.

The two harvests combined — consisting of early-season and late-season crops — show important progress in the realization of the goal of exceeding 22.5 tons per hectare, erecting a new milestone in the country's hybrid rice breeding efforts and setting a new world record, according to the China National Hybrid Rice Research and Development Center.

"I am more than excited and extremely satisfactory with the results," he said in an office in Changsha, capital of Hunan province, while watching the live announcement ceremony.

"The next goal is to promote the experiences of Hengnan county and plant the advanced rice variety in other rice-producing regions in China, contributing to safeguarding the country's food security," he said.

The rice strain of the crops harvested on Monday, named "Sanyou No 1", is known for its high yield, resilience to unfavorable weather conditions and high quality, according to rice experts.

Zhu Xingxin in Changsha contributed to the story.