A new ice rink at Beijing's Olympic Park was officially completed on Monday and is scheduled to open to the public next autumn. 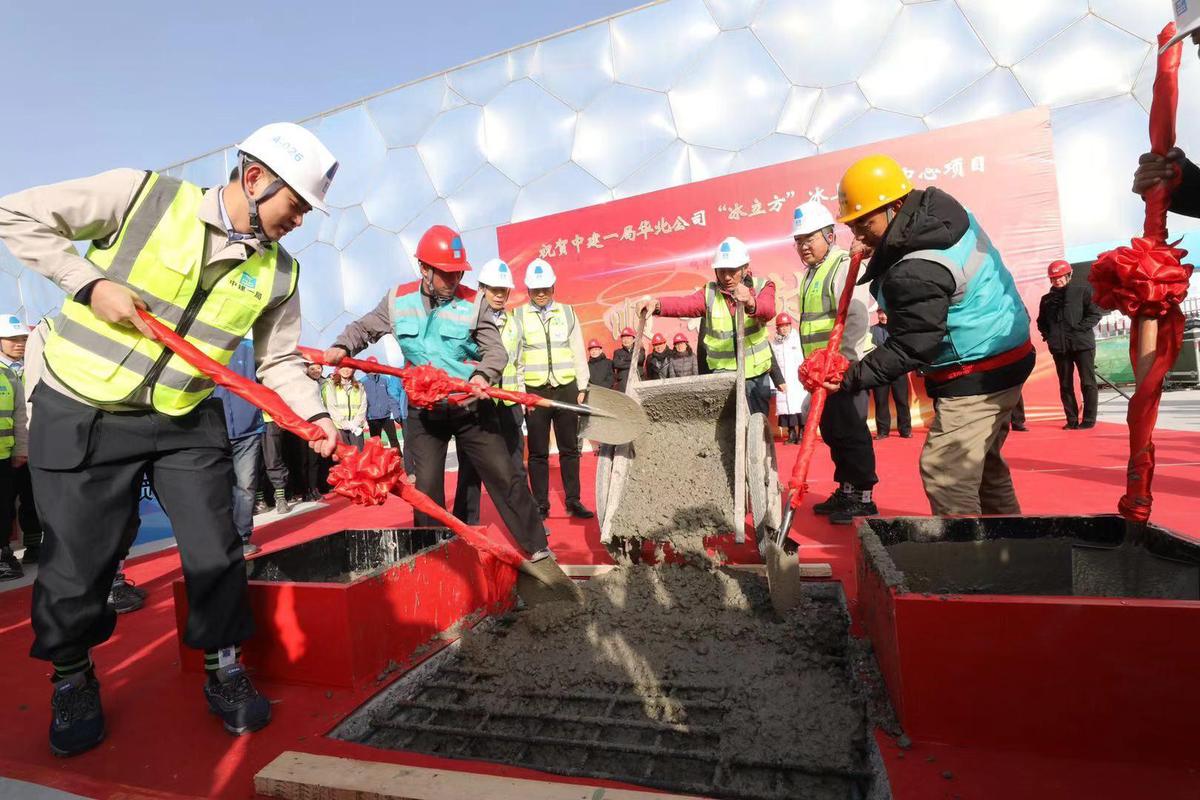 Workers pour concrete on Monday for the new rink and curling facility for the 2022 Games as the Water Cube becomes the Ice Cube. (Photo: China Daily)

The venue, which is located adjacent to the iconic Water Cube－now transformed into the "Ice Cube" for the 2022 Winter Olympics－will be used as a support facility for the curling competitions during the Games and could potentially be used as a warmup area for athletes.

Yang Qiyong, general manager of the National Aquatics Center, aka the Water Cube, said the new ice rink will help to increase participation in curling.

"The number of people who play curling in China is still small at present, but we believe that this new venue will change this situation," he said.

Yang added that plans are already in place to establish an amateur curling team at the center to promote the sport.

The new rink, which was funded by Beijing State-owned Assets Management Co. and built by China Construction First Group Corporation Ltd (Huabei), has been designed for multi-function use after the Games and could be opened to the public.

Plans are in place to restore the Ice Cube to its original Water Cube version, which was the swimming venue for the 2008 Olympics.

The center will be able to cater to 100,000 winter sports lovers annually and will become an important base to promote winter sports among young people in Beijing.

China's former world curling champion Wang Bingyu, who is now the sport's program director for the 2022 Winter Games organizing committee, said there are not enough curling venues in China compared to the likes of Canada, where even small towns have such facilities.

"As the public gets more and more interested in this sport, building more places for people to experience it is very important," she said.

"Curling doesn't have an entry threshold, so it is easy to play for beginners," she added.

According to the authorities, the new "Ice Cube" will get a technological upgrade, including a system to monitor the interior temperature, humidity and lighting.

Beijing will become the first city ever to host both the Summer and Winter Olympics, with many of the 2008 venues now being renovated for use at the 2022 Games.