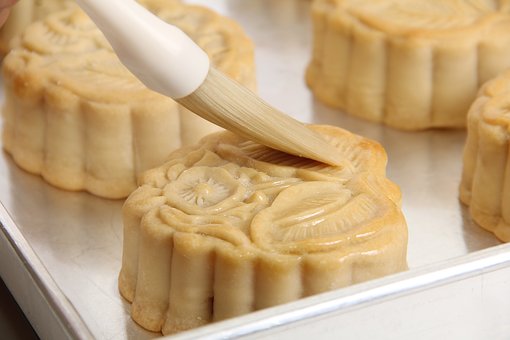 While traditional mooncake brands endeavor to attract consumers with new fillings and packages as the Mid-Autumn Festival approaches, more companies outside the industry have joined the trend to produce mooncakes emphasizing brand culture in China, Worker's Daily reported on Sept. 12.

Responding to market demand, many mooncake brands have tried to put new ideas into their products to attract more consumers, especially younger generations.

As flavor is still vital in the mooncake industry, some brands removed products with traditional fillings such as Wuren (five kinds of nuts), date paste and sweet bean paste from their product lines, instead adding more popular flavors including fluid egg yolk, matcha, and chocolate.

Chinese new retailing platform Hema supermarket has rolled out freshly made mooncakes this year, surprising consumers by combining salmon-mustard, vegetables and crayfish. According to a recent report, sales of the freshly made mooncakes hit nearly 2 million, while the new flavors proved more popular than traditional fillings.

This year has also seen several new players in the market. A number of brands outside the mooncake industry, especially those in catering or cultural sectors, have used the booming market to promote brand awareness.

Catering brands including Starbucks, Chinese hotpot chains Haidilao and Xiabu Xiabu, Chinese milk tea brand Nayuki, and Chinese snack brand Bestore have all launched gift packages for Mid-Autumn Festival this year, with products like tea, scarves, and cups given away for free with mooncake gift sets.

Moreover, many museums in China have launched mooncake gift sets this year. Compared with catering brands, mooncake producers from the creative cultural industry put more thought into the aesthetic value of their products. The Palace Museum cooperated with famous Chinese pastry brand Daoxiangcun to roll out a co-branded mooncake gift set named "all autumn scenery you see is poem". All stock is currently sold out.

For instance, a mooncake gift set called "splendid flower vase" launched this year by an online flagship store of the Palace Museum features a cylinder-shaped moon cake container, which has pictures designed and drawn by Wu Jiangzong, an inheritor of intangible cultural heritage in east China's Jiangxi Province. Once the buyer finishes the mooncakes inside, the container can be used as a unique decoration for their home.

Today's mooncake industry is more of an opportunity for companies outside the traditional sector to promote their image and expand influence, said an industry insider.