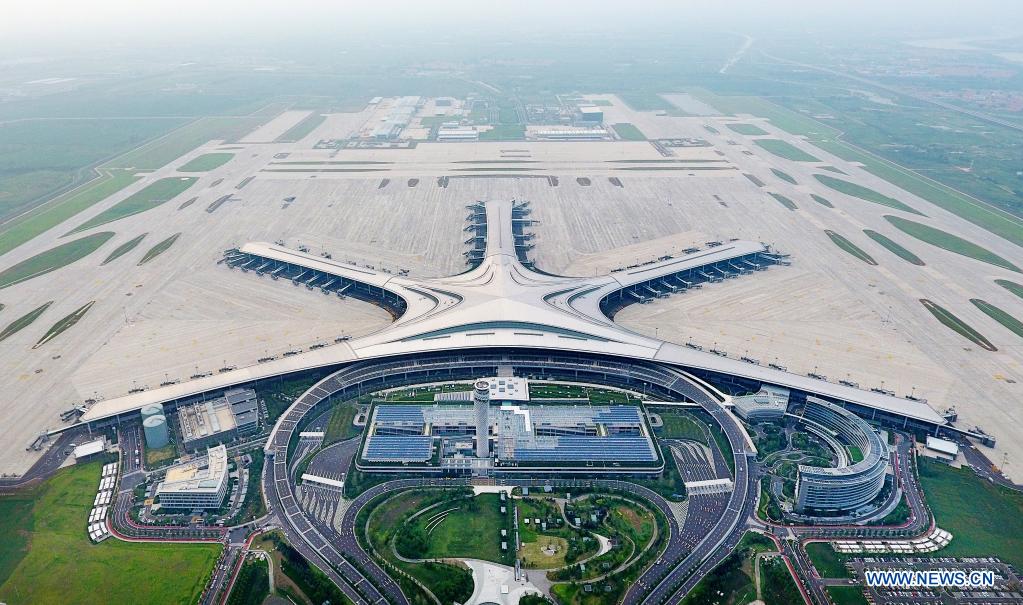 The airport is ranked as 4F, the highest in China's airport class capable of handling large aircraft, including the Airbus A380, the world's largest passenger airliner, the group said.

Meanwhile, the Qingdao Liuting International Airport was closed as the new airport went into operation.

The completed first phase of the new airport covers 16.25 square km, with a total investment of nearly 36.04 billion yuan (about $5.56 billion).

According to plan, the airport is expected to be able to handle an annual passenger throughput of 35 million, a cargo throughput of 500,000 tonnes, and 300,000 aircraft takeoffs and landings by 2025.

As a major comprehensive transportation hub, the airport offers passengers access to the metro and high-speed rail services.

It will be more convenient for business people, especially in the foreign trade sector, to visit their clients from across the world after the airport opens, said Seol Kyu Jong, a ROK businessman based in Qingdao.

The expanded logistics network benefiting from the new airport will also significantly cut transportation costs, according to the ROK businessman.

The airport's second-phase project also kicked off Thursday. Upon completion of the project, Jiaodong airport will be able to handle an annual passenger throughput of 55 million, a cargo throughput of 1 million tonnes, and 452,000 aircraft takeoffs and landings by 2045.