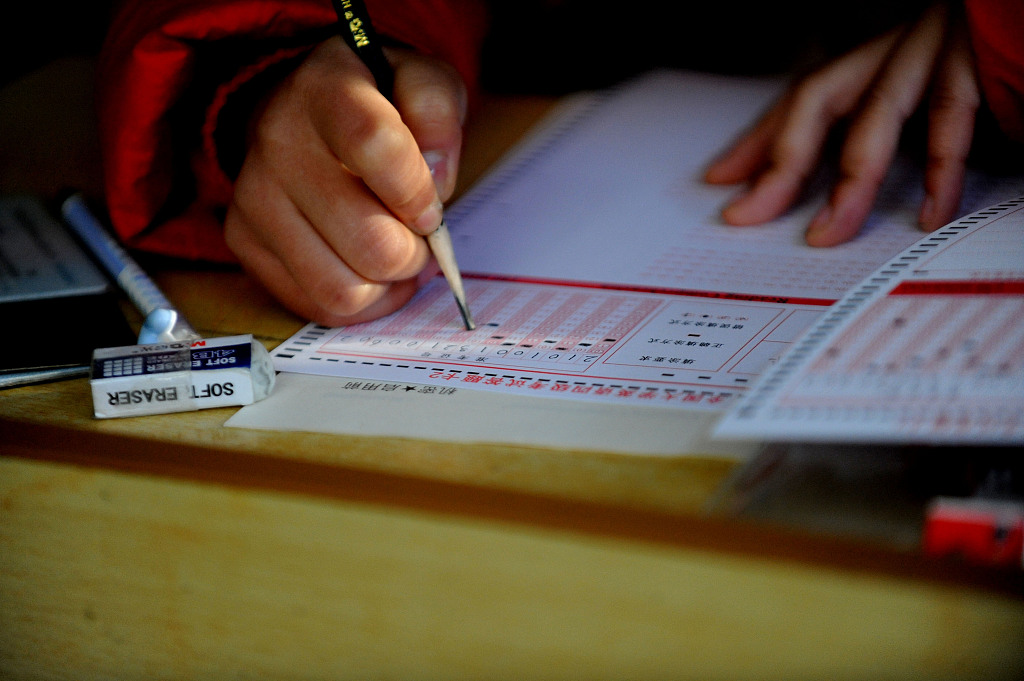 The new document is to supplement the Criminal Law, which has defined exam cheating as a crime since November 2015, according to the SPC and SPP.

It clarified that the exams covered by the Criminal Law are made up of four categories, including the national entry exams for graduate and postgraduate programs, the national and local civil servant exams and national exams to obtain professional qualifications like those for teachers, lawyers, accountants, physicians, pharmacists, and architects.

"Cheating in exams other than those listed may also lead to criminal prosecution if it constitutes other crimes such as stealing state secrets or illegally producing, trading or using a wiretapping device," said Jiang Qibo, an SPC official, at a press conference.

The judicial explanation also defined what cases should be considered serious and may lead to a jail term of three to seven years. It stipulated that a case will be considered serious if the offenders organize cheating in the college entry exam and civil servant exams or if their acts lead to the delay or cancellation of the exam.

The judge will also consider a tougher sentence if it is a repeat offence, or if the offender works for the authorities organizing and overseeing the exam or obtains an illegal revenue of at least 300,000 yuan (42,313 U.S. dollars).

However, a ghost writer may receive leniency in minor cases if expressing proper remorse, Jiang said.

From November 2015 to July this year, 3,724 people were convicted of the crime of exam cheating.