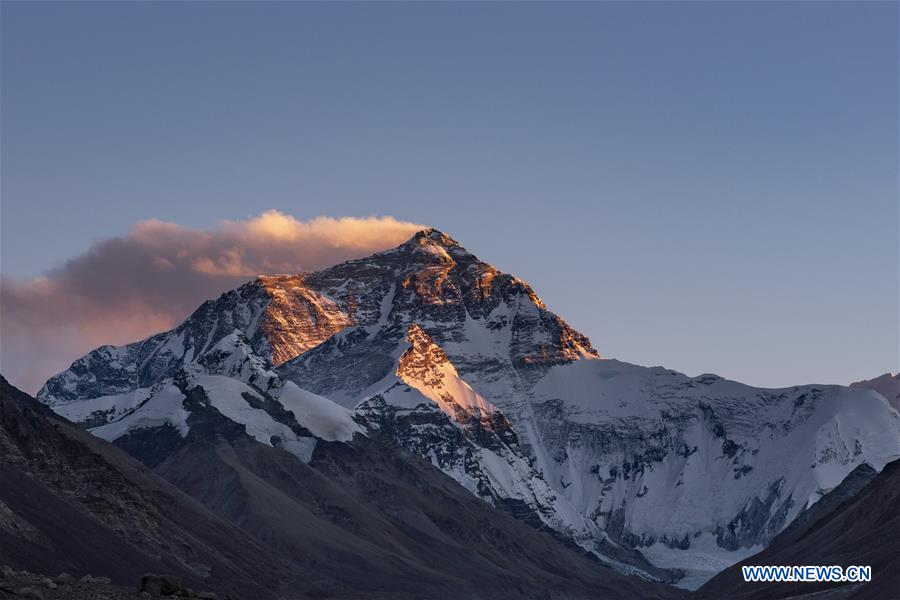 LHASA, Jan. 9 (Xinhua) -- A new legislation has been enacted at the Mount Qomolangma reserve to conserve the environment surrounding the world's highest mountain.

The reserve is regulated by a new law starting from the latter half of the last year, said Kelsang, deputy director of the reserve administration.

According to the articles of the regulation, it prohibits tree-felling, herding, hunting, collecting and sabotaging of turfs in the reserve. Violators are subject to criminal punishment.

The legislation also disciplines mountain-climbing, tourism, scientific exploration, engineering projects and ranger patrol. No production facilities are allowed in the core area of the reserve, which makes up about one-third of the total area.

A total of 112 people work for the reserve administration. The new legislation demands the local government to engage the public in conservation efforts.

"The reserve is the first in Tibet to subject itself to such a regulation. It draws a red line and warns people not to cross it. The law marks progress in Tibet's environment work," said Kelsang.

"The regulation responds to growing challenges posed by economic and social development in surrounding areas," said Lei Guilong, a former forestry official and an advisor to Tibet Regional Committee of the Chinese People's Political Consultative Conference, which convened its annual session on Wednesday.

"I have brought up several proposals to call for legislation work to be stepped up," he said.

The administration and the Xigaze City government spent four years to complete the creation of the law.

According to the conference, political advisors in Tibet made 37 proposals regarding environmental conservation last year. They suggested raising funds for protecting grasslands and developing environment-related industries.