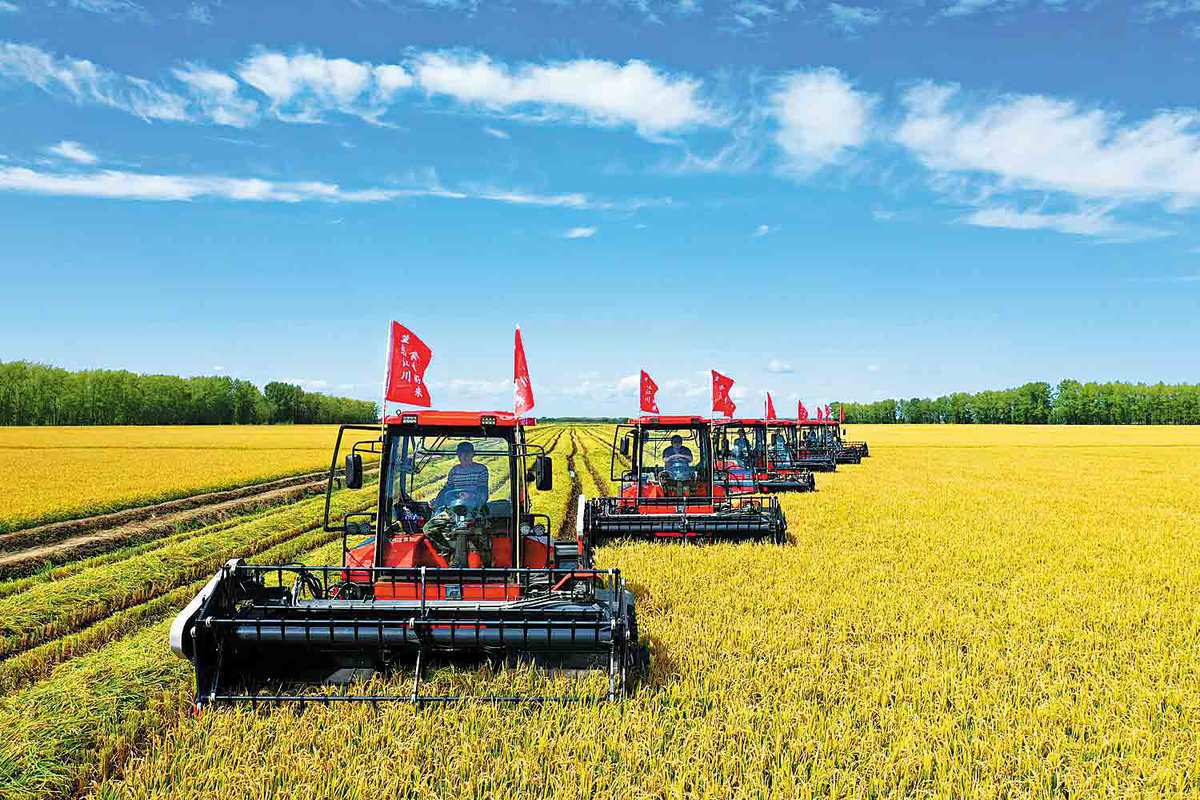 China's top legislature on Friday passed the Law on the Protection of Black Soil, aiming to boost the sustainable use of land resources and ensure national food security.

The law was adopted at the closing meeting of the 35th standing committee session of the 13th National People's Congress, and will take effect on Aug 1.

Consisting of 38 provisions, the law specifies the responsibilities of the government and parties involved in agricultural production to protect the precious soil.

Ensuring national food security is an essential purpose of the law, Yue Zhongming, an official from the NPC Standing Committee's Legislative Affairs Commission, said after the law was passed.

The fertile black soil in Northeast China, covering the provinces of Heilongjiang, Jilin, Liaoning, and parts of the Inner Mongolia autonomous region, is one of three major humus-rich regions around the world.

An essential agricultural production base, the black soil region produces about a quarter of the country's grain.

However, intensive cultivation and the effects of wind and water erosion have resulted in decreasing thickness and organic matter of the black soil, posing threats to grain production, Yue said.

In the past 60 years, the organic matter in the soil has decreased by between one-third and one half in some areas, and the black soil's water storage capacity has also dropped. In some areas, the black soil layer is less than 20 centimeters thick.

The law stipulates that black soil should be used in the production of grain, sugar, oil crops, vegetables and other agricultural produce. Fertile black soil is to be designated for permanent basic cropland and mainly used for grain production, it said.

Science and technology, including agricultural techniques and machinery, should support the black soil protection. Local authorities are urged to strengthen infrastructure and protect production capacity, according to the law.

Du Xiaowei, an official with the Ministry of Agriculture and Rural Affairs, said the ministry will step up efforts to develop high-quality farmland.

"From 2019 to 2021, about 3.8 million hectares of high-quality farmland has been developed in the four northeastern provinces and regions," said Du, who is deputy director of the ministry's department of farmland enhancement. He added that another 1.6 million hectares is expected to be finished this year.

China plans to finish the protection of 6.67 million hectares of black soil during the 14th Five-Year Plan (2021-25) period, increasing organic matter in the soil by 10 percent, according to a plan released by the ministry.