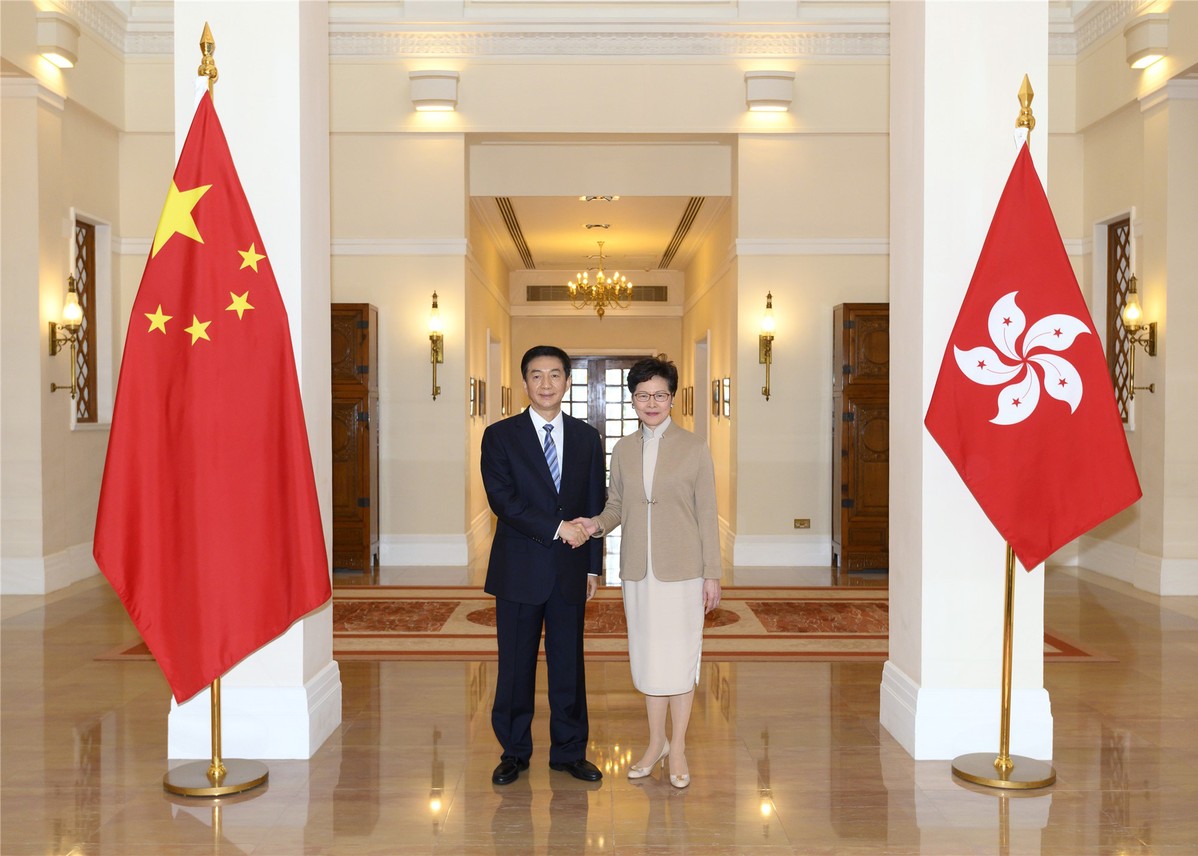 HONG KONG - The central government's new liaison office chief in Hong Kong said the office would fully respect and support the city's chief executive and the government in putting the city back on track.

Luo Huining, director of the Liaison Office of the Central People's Government in the HKSAR, made the remarks during his first official meeting with the city's Chief Executive Carrie Lam Cheng Yuet-ngor at the Government House on Thursday.

Luo, who took office on Saturday, also pledged to uphold the principle of "one country, two systems".

Both parties expressed confidence that with strong support from the central government, Hong Kong would return to order and better integrate into the overall development of the nation

During the meeting, both Luo and Lam agreed that Hong Kong experienced the most challenging time since its return to the motherland in the past seven months, during which violent protests stemming from the extradition bill incident had seriously affected all aspects of society.

Lam said the HKSAR government would, in accordance with the Basic Law and the "one country, two systems" principle, spare no effort to curb violence and uphold the rule of law in order to find a way out of the current impasse.

Both parties expressed confidence that with strong support from the central government, Hong Kong would return to order, better integrate into the overall development of the nation and achieve long-term prosperity and stability.

Lam also said the HKSAR government would proactively study the launch of more relief measures to help those people affected by the unrest.

Recalling Luo's visit to Hong Kong in the capacity as the secretary of the CPC Shanxi Provincial Committee at the end of 2018, Lam said that they had very good exchanges and that she was impressed by Luo's care for Hong Kong.

She said she hopes to enhance communication and cooperation with the office to promote various areas of work involving the mainland and Hong Kong.