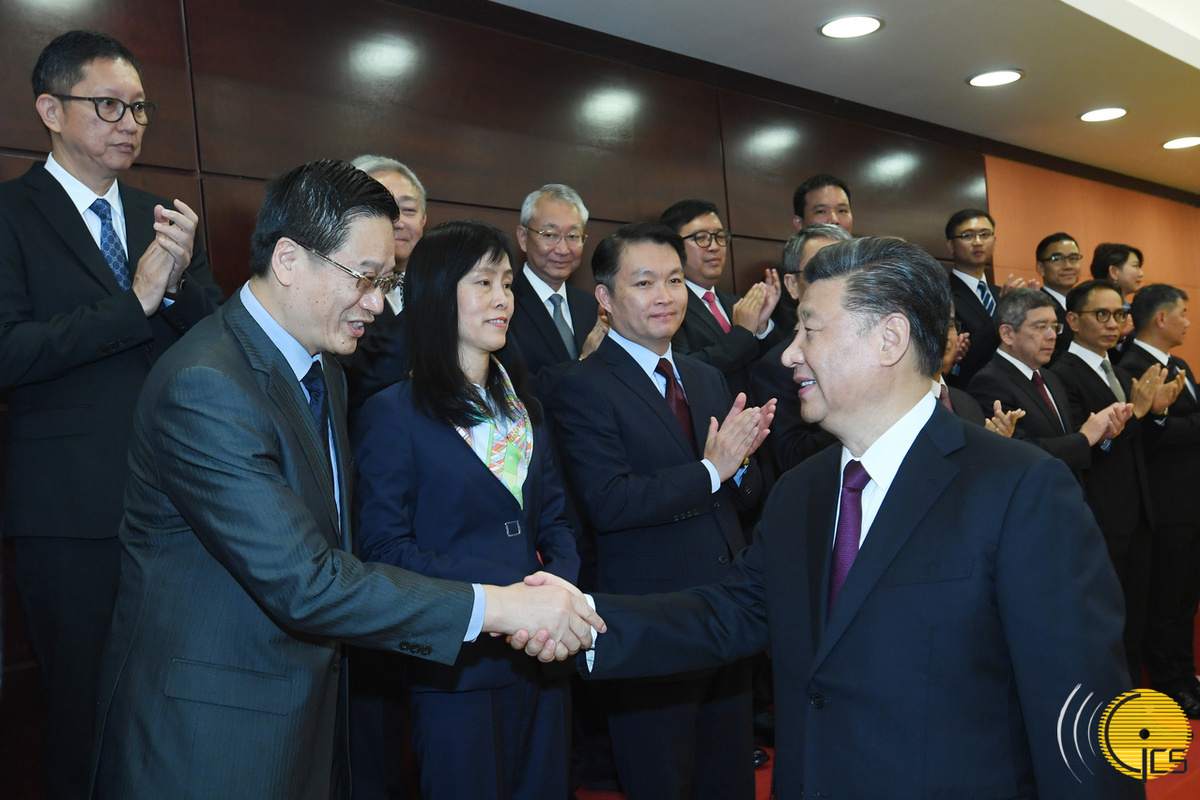 Xi made the remarks in separate meetings with Ho and leading officials from the administrative, legislative and judicial departments of the SAR government after Ho's swearing-in ceremony as the new chief executive of the Macao SAR.

During the meeting with Ho, Xi said the central government has high levels of trust in Ho and Macao residents have high expectations for the new chief executive.

Xi expressed hope that Ho would lead the SAR government to fully and faithfully implement the principle of "one country, two systems", strictly abide by the Constitution and the Basic Law and continuously advance economic growth in order to improve people's livelihoods and promote social harmony.

Macao should also actively participate in the Belt and Road Initiative and the development of the Guangdong-Hong Kong-Macao Greater Bay Area, he added.

While meeting with other leading administrative, legislative and judicial officials, Xi said Macao is currently in a crucial period for its future development.

He urged them to take the perspective of promoting the overall development and security of the country, and actively uphold China's sovereignty, security and development interests.

Xi underlined the need for leading officials to pursue a people-centered approach, and urged them to take people's well-being seriously.

Highlighting the importance of strengthening their responsibilities, Xi called on officials to explore solving deep-rooted problems that hinder the region's socioeconomic development.

He urged the officials to keep improving their capability of dealing with complex situations as well as preventing and defusing risks to meet the expectations of Macao residents.

During the meeting, Ho told Xi that the new SAR government will take a long-term perspective and solve tough problems to ensure sustainable and steady economic development.

Speaking at the swearing-in ceremony, Ho said the new SAR government will continue to fully and accurately implement "one country, two systems".

Macao will earnestly review the successful experience of "one country, two systems" and carry forward its practice with Macao characteristics, Ho said.

The new SAR government will step up public administrative reform, consolidate the constitutional order based on the Constitution and the Basic Law and improve the governance system, he said.

Macao will advance sectors such as conventions, traditional Chinese medicine, cultural creativity and high-tech, Ho added, and it will also seize opportunities brought along by the Belt and Road Initiative and the Guangdong-Hong Kong-Macao Greater Bay Area and make its economy appropriately diverse.