China has issued a set of revised regulations on the fundamental rules governing the People's Liberation Army (PLA), which stress Xi Jinping thought on strengthening the armed forces. 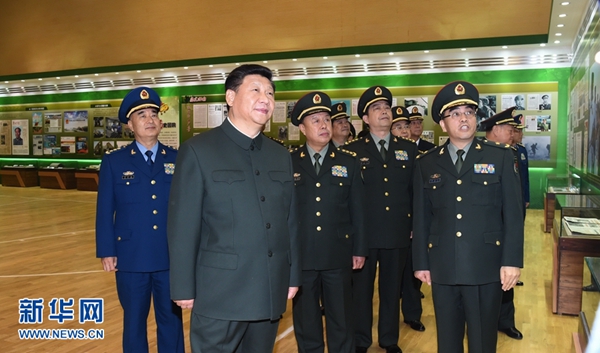 The regulations included rules on military discipline, training management, soldiers' weight standards, use of mobile phones and the Internet as well as the use of gun-firing salutes to pay respect to martyrs.

The three revised regulations, which underlined the absolute leadership of the Communist Party of China (CPC) over the people's armed forces, will take effect from May 1.

The regulation on interior order has been revised to enhance the political loyalty of the armed forces, strengthen them through reform and technology and run them in accordance with law. It also underlined a greater focus on combat.

It further regulated names of military units and the duties of soldiers. 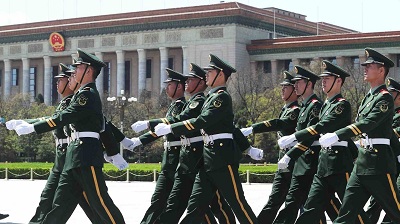 It also stipulated the use of military vehicles and flags, protection of servicemen's vacation rights and efforts to ensure their physical and mental health.

It also provided detailed rules on related awards and punishments.

The new regulation on military formation added 14 military ceremonial events to be held in different circumstances such as oath-taking rallies, triumphant returns and paying homage to martyrs.

In 1951, the three regulations were recognized as a set to serve as the fundamental rules for the PLA.

From the 1950s to the 1990s, these regulations have been revised eight times. In the new century, the regulations of interior order and code of conduct were partly amended in 2002. In 2010, the three regulations underwent a comprehensive revision.