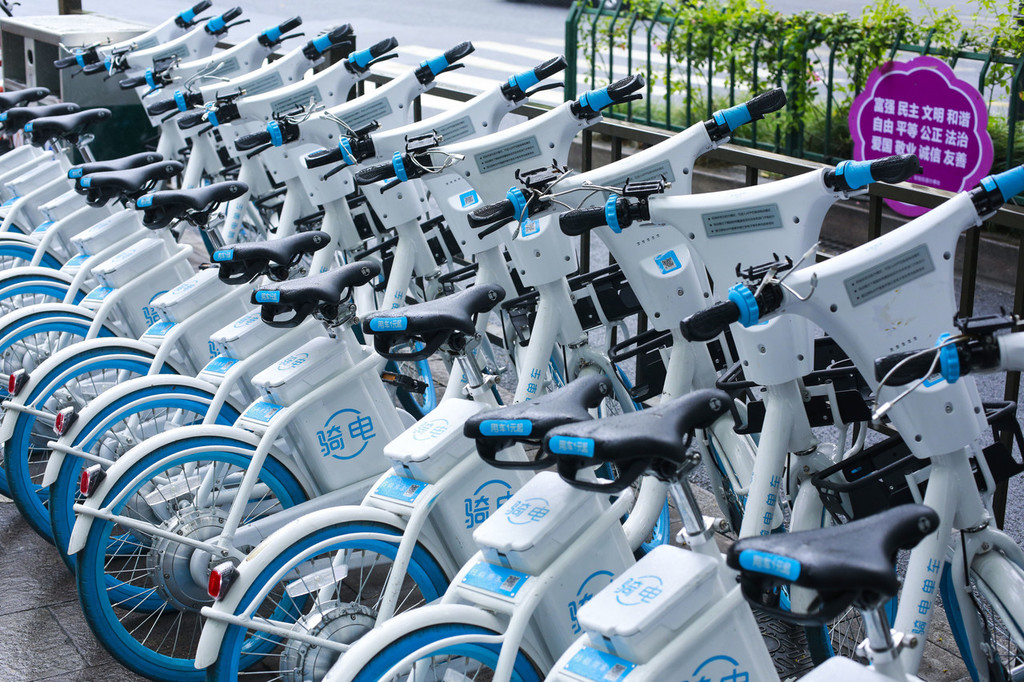 A qualified electric bicycle must have pedal functions and its speed cannot surpass 25 kilometers per hour, according to standards issued last May.

The vehicle's weight, including battery, shall not exceed 55 kilograms and the motor power and battery voltage should not exceed 400 Watts and 48 volts respectively.

Additional technical requirements including tamper-proof, fireproof and charger protection systems are also included in the new standards, replacing the ones issued in 1999.

Vehicles that do not meet requirements will be classified as electric motorcycles, which need license plates and drivers' licenses.

US-listed company Niu Technologies has provided products and technological support to many international companies including Scooty from Belgium, Econduce from Mexico and Indigo from France.

In the domestic market, people's attitude toward electric bicycle-sharing changes from place to place. Transportation administrations in Beijing, Shanghai, Tianjin and Hangzhou stated they won't develop shared electric bicycles due to potential risks caused by charging such vehicles.

Apart from urban management, public transportation networks in second- and third-tier cities are not as developed as first-tier cities — where taxi costs are very high — so customers would prefer shared electric bicycles in these cities, Feng said.

Solutions for charging electric bicycles are still under consideration and if the market is opened great potential will be unleashed, Feng said, adding he is very optimistic about the prospects of electric bicycle-sharing.

The new standards for electric bicycles were issued as market regulators across the country were asked to step up management of compulsory certification for electric bicycles, according to a document jointly issued by the State Administration for Market Regulation, the Ministry of Industry and Information Technology and the Ministry of Public Security.