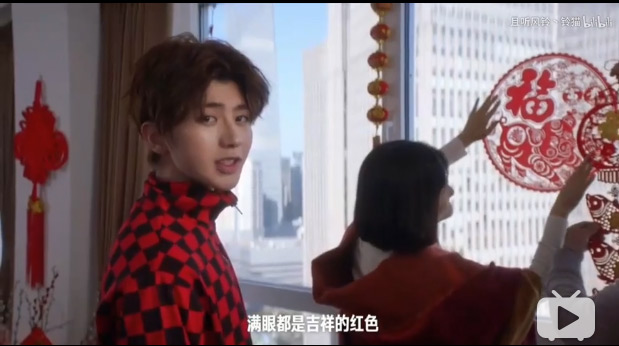 Who is Cai Xukun? If you ask a Chinese NBA fan born before the 1990s, he or she may not recognize the name, a 21-year-old pop idol famed for his hip-hop style and feminine beauty.

He recently joined in an NBA all-star league – including Giannis Antetokounmpo of the Bucks, Klay Thompson of the Warriors and Damian Lillard of the Trailblazers – for a Chinese New Year promotional video. This caused furious debate, as Cai's delicate features posed a striking contrast with NBA's more traditionally masculine basketball players.

"What a big difference between milky-faced Cai and NBA legends Yao Ming and Kobe Bryant, who were named Global Ambassadors for the 2019 FIBA World Cup," said one Weibo user, Hong Fu, who claimed to be an NBA fan for 20 years.

Similarly, in a poll on Hupu, a sports forum notorious for a large number of users advocating for masculinity, more than 82 percent of participants – 39,363 votes – went to extremes, ticking the option of "I'd rather die" at the news about Cai's NBA mission.

Yet these comments represent only a portion of diverse public opinion. Immediately following the release of NBA's promotional video, comments on the Weibo accounts of the NBA and China's famous entertainment TV channels were inundated with tens of thousands of ecstatic responses.

"I will henceforth become a die-hard fan of NBA, and will have my family and also my boyfriend's watch every NBA game," one comment read.

Almost at the same time, the number of Cai's Weibo followers topped 20 million, which motivated the pop idol’s fans to "happy tears".

It is not the first time hot debate has been triggered in China regarding the role of pop idols, in particular the feminine male stars, in promoting non-entertainment industries.

Last autumn, Chinese Central Television's annual back-to-school special The First Class of School was fiercely criticized by parents after the program invited four such stars in an apparent move to attract teen audiences.

Such controversies came as a result of the widening taste between Chinese generations.

A new generation of Chinese pop idols appears to be redefining masculinity with their more delicate, effeminate appearance. Yet in traditional Chinese culture, men have been long defined as sharp and masculine, associated with screen images like Jackie Chan's Kung Fu Master.

Given the new pop stars' large fan base, other industries like sports and education may potentially choose to cooperate with the "girly" idols in a bid to tap into the Chinese market.

Such debates will not come to an end in the near future, said one culture researcher from the Communication University of China surnamed Huang, due to "tensions between mainstream and counter-cultures, as well as conflicts between market profits and brand values."