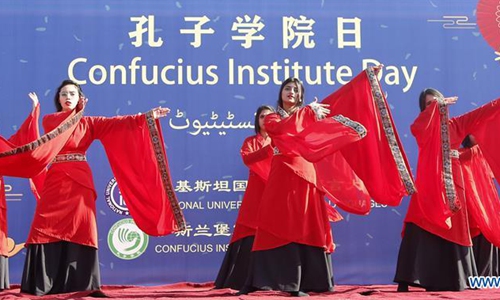 Confucius Institutes, China's global language education network, which were operated by Confucius Institute Headquarters under the Ministry of Education, will be transferred to China International Chinese language Education Foundation, a non-governmental organization which was initiated by a number of universities and companies in June.

The foundation will work with Chinese and foreign partners to promote the development of Confucius Institutes worldwide.

Some 541 Confucius Institutes have been established in 162 countries and regions around the world, according to official data. The Institutes have been facing challenges overseas especially in the West as some Westerners misconstrue the network as a government-sponsored organization which spreads ideology.

Some US universities have closed their Confucius Institutes in recent years. Others were shut down at universities in Denmark, the Netherlands, Belgium and France.

Zhang Yiwu, a professor in the Department of Chinese Language and Literature in Peking University, told the Global Times that these changes will help disperse misinterpretation of the network, which is merely for language teaching and cultural exchanges.

Operating overseas language institutes via the foundation is in line with the international practice, like Spain's Cervantes Institute and Germany's Goethe-Institut, Zhang said.

But some observers stressed that the move may have limited effect in countries where anti-China sentiment prevails and slander of the language institutes was intentional.

Zhang said the new operation model would make Confucius Institutes more flexible in operations and encourage partner universities and organizations to be more involved into its development.

Since the foundation is started by universities and companies, fundraising can be more flexible. The Institutes will be able to mobilize more money and resources to serve people who are interested in learning the language and understanding China, analysts said.