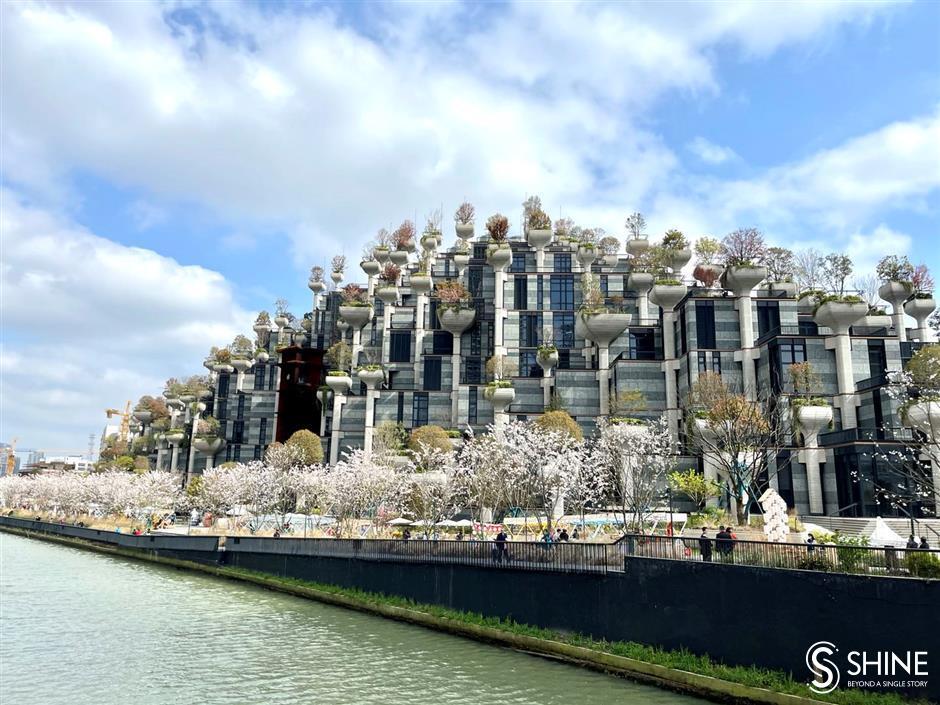 The Cherry Blossom Riverside Market near the Tian An 1,000 Trees project in Putuo is now open. (Photos: Shine.com)

A new waterfront path along Suzhou Creek flanked by fully blooming cherry flowers has opened to the public and features a riverside market.

The Cherry Blossom Riverside Market near the Tian An 1,000 Trees commercial project in downtown Putuo District will be open through Sunday, giving visitors a taste of the eye-catching project – dubbed the city’s Hanging Gardens of Babylon.

Residents and tourists have long been intrigued by the structure’s unconventional appearance during construction, with trees planted on its pillars and balconies. There will be up to 1,000 balconies filled with plants and trees, giving the structure a hill-like appearance.

The structure – designed by Thomas Heatherwick, the British architect behind the UK Pavilion at the Shanghai World Expo in 2010 – is located at the intersection of Moganshan and Changhua roads, east of the Changhua Road Bridge. 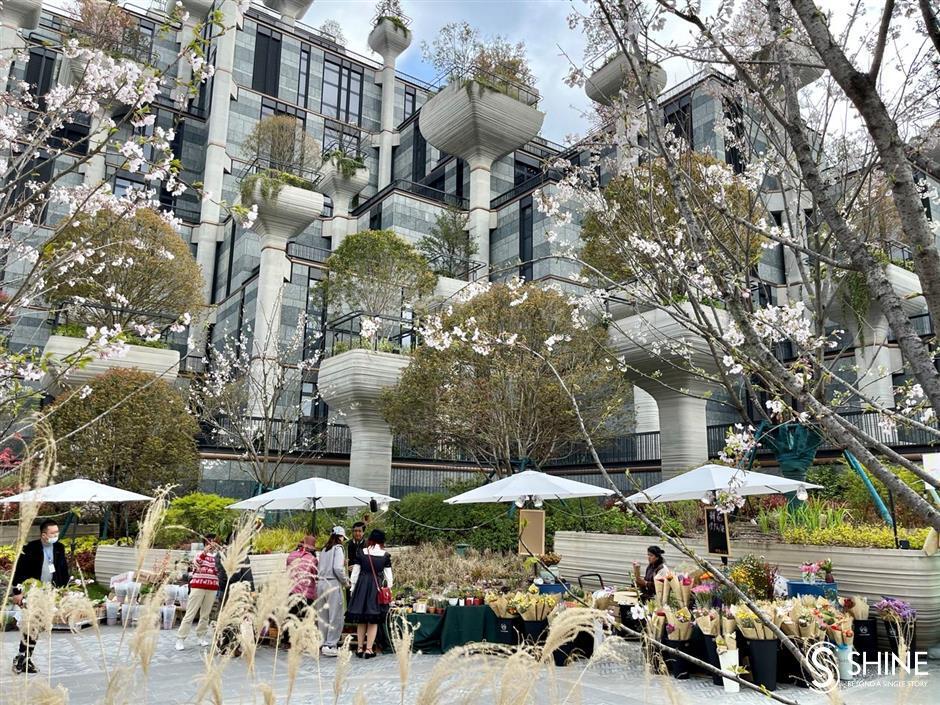 The market at the foot of the colossal complex has more than 60 stalls in six different sections, offering innovative souvenirs and daily commodities as well as food and games. Visitors can take photos of both the new riverside building and the creek from the market, which is open to the public for the first time.

Outdoor concerts, hanfu (traditional Chinese clothing) and street performances will be staged along the waterfront over the weekend.

The riverside region is the former site of China’s earliest private flour factory – East Asia’s largest and most modern plant of its kind when it opened in 1900.

The Fufeng Flour Factory, which became the Shanghai Flour Factory in the 1960s, was owned by brothers Rong Zongjing and Rong Desheng – known as China’s “kings of flour and textiles.” 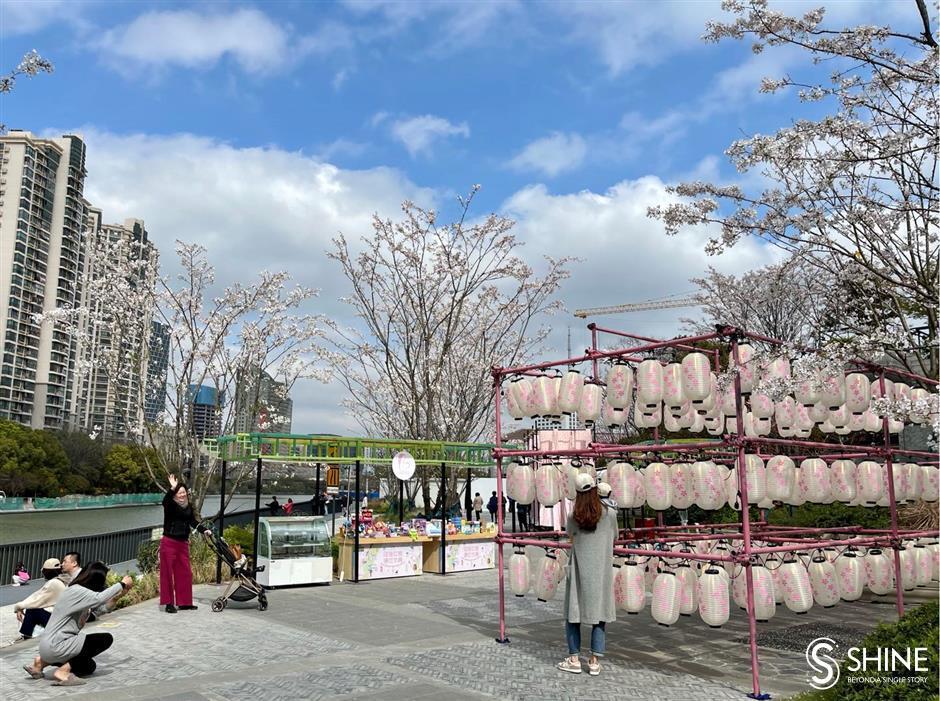 To highlight the history of the site, several buildings that were part of the former flour plant have been preserved and will be incorporated into the new complex.

The project is adjacent to the M50 art hub, home to about 130 galleries and organizations from 18 countries.

Putuo has the longest creek frontage in the downtown area, stretching 21 kilometers with 18 bays. Most of the riverside sections have opened to the public, and many industrial landmarks have been preserved. 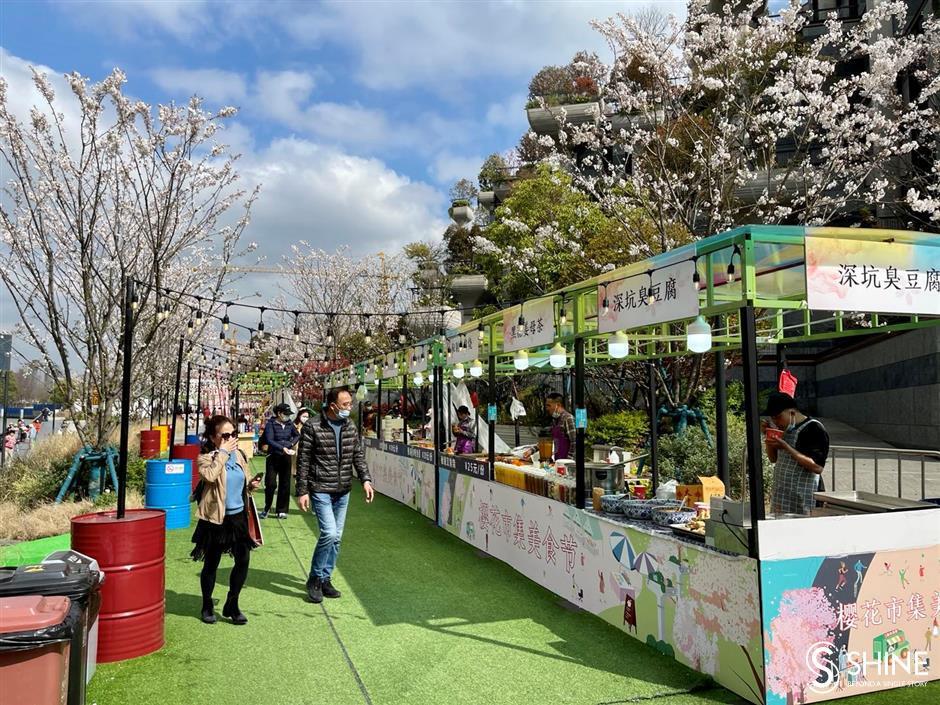 Many traditional cuisines from across China are available at the market. 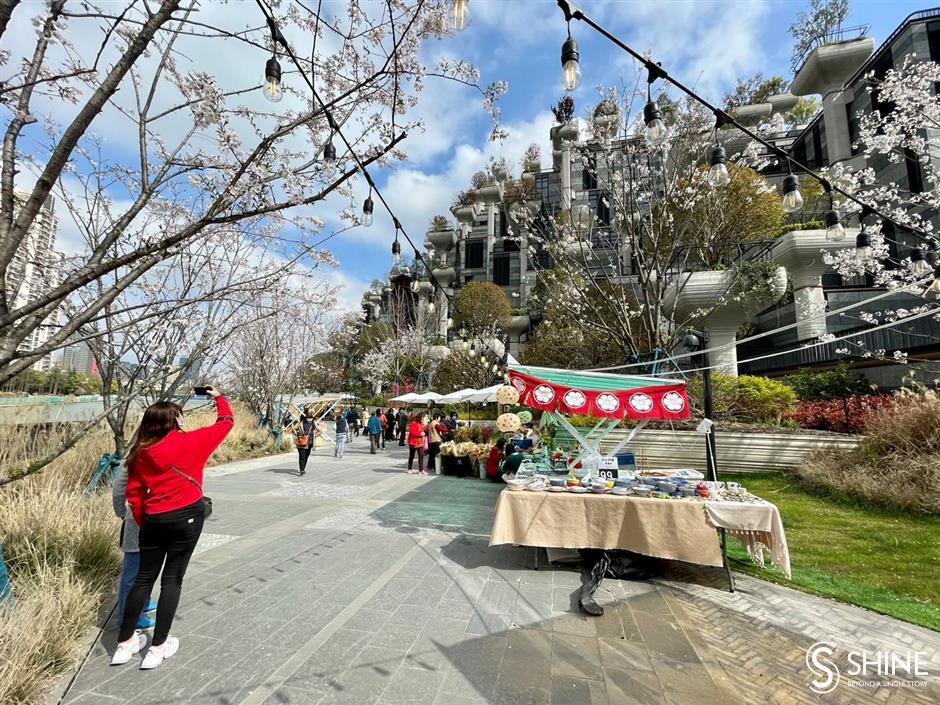 Visitors take photos of cherry flowers and the intriguing building behind them. 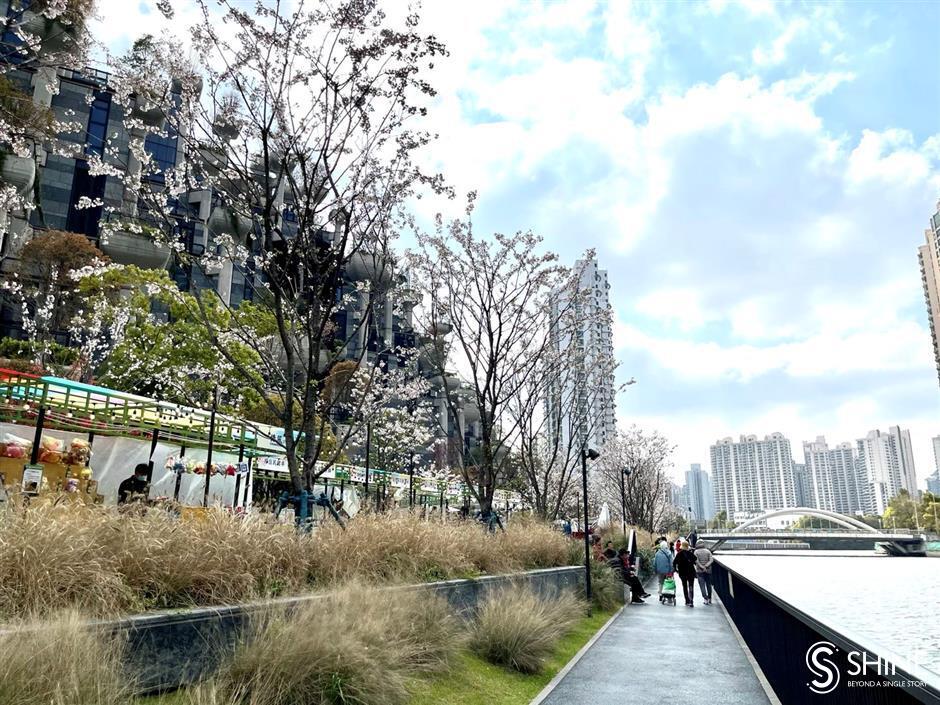 The newly opened riverside path beside the cherry blossom market.