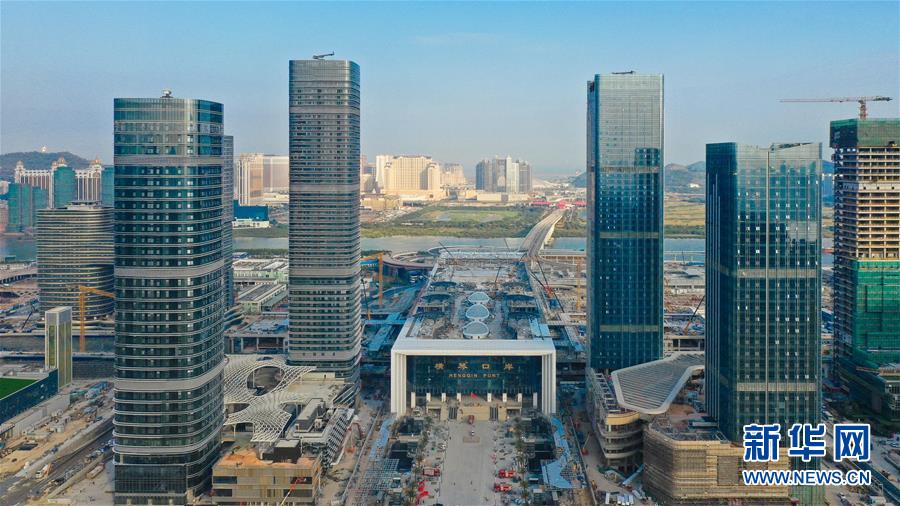 ZHUHAI/MACAO, Aug. 18 (Xinhua) -- A new port to facilitate travel between Macao and Zhuhai, south China's Guangdong Province, was officially put into use Tuesday, a new step to boost development of the Guangdong-Hong Kong-Macao Greater Bay Area.

Dubbed a "super passage," the main working area of the Hengqin port has a total floor area of 450,000 square meters, equivalent to 63 football fields. It has a designed daily capacity of 222,000 passengers, which can help ease the pressure of Gongbei Port and increase the daily capacity for passenger flow between Guangdong and Macao.

Gongbei Port has long been the main passenger channel between Zhuhai and Macao. In 2019, a total of 145 million passengers crossed the port, ranking first in China for eight consecutive years.

However, the Gongbei Port has been running far beyond its designed capacity, thus resulting in a series of issues such as prolonged queuing time and slow customs clearance procedures.

"The opening of the new port will further enhance interconnectivity of Guangdong and Macao, provide more convenient, fast and considerate services for personnel, economic and trade exchanges, inject new impetus into the development of Hengqin New Area, and lay a solid foundation for deepening the Guangdong-Macao cooperation and advancing the building of the Guangdong-Hong Kong-Macao Greater Bay Area," said Ma Xingrui, governor of Guangdong.

The port has adopted a brand-new working pattern between Guangdong and Macao, further enriching the connotation of "one country, two systems," according to Chief Executive of the Macao Special Administrative Region (SAR) Ho Iat Seng.