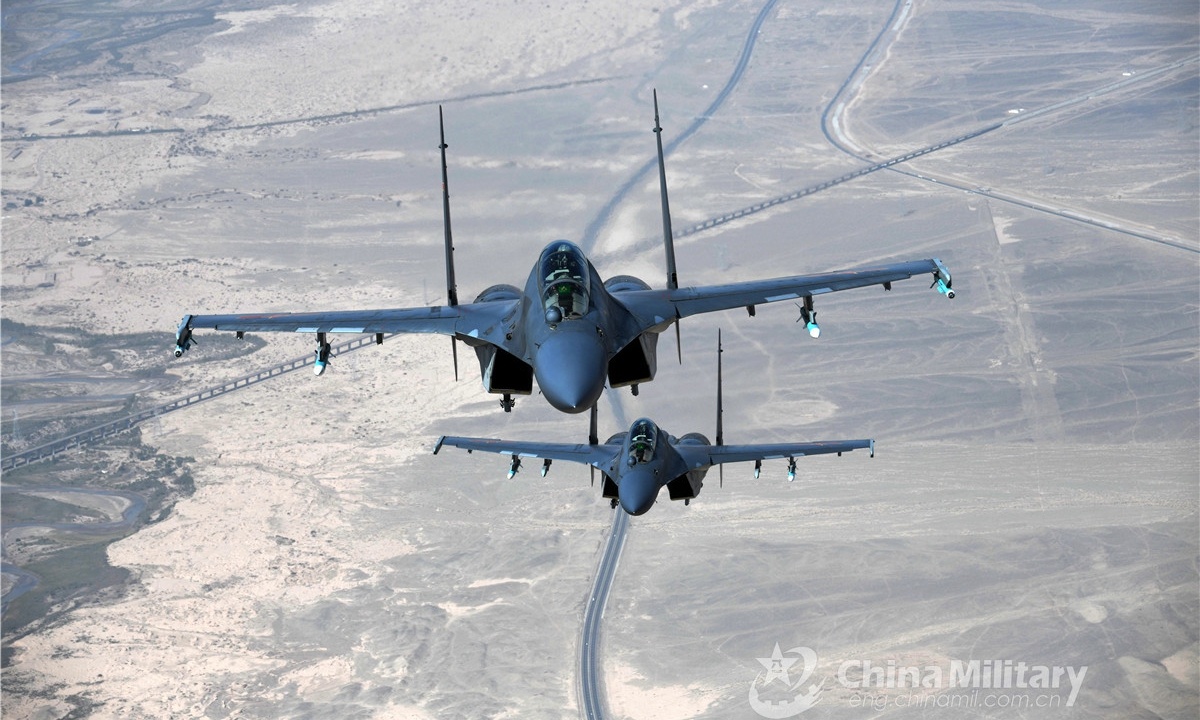 Two fighter jets attached to an aviation unit under the PLA Air Force fly in line astern formation during a combat flight operation in 2020. (Photo: eng.chinamil.com.cn)

Xi Jinping, chairman of the Central Military Commission, has signed an order to release revised regulations on military equipment. A military expert said this will speed up the People's Liberation Army's task of modernization in terms of military equipment.

According to the Xinhua News Agency on Saturday, the new regulations have been in effect since January 1.

Focusing on war preparedness and combat capabilities, the regulations define the basic tasks, contents and management mechanisms for military equipment work under the new situation and system.

Comprised of 100 stipulations under 14 chapters, the document adheres to the general principle of "the CMC exercising overall leadership, theater commands responsible for military operations and the services focusing on developing capabilities, Xinhua reported.

The new regulations have clarified the missions of different sectors and units, Song said, adding that the theater commands across the country that are responsible for combat missions will play a greater role to provide the direction for the future development of weaponry based on the demand of winning a future war.

Despite the COVID-19 pandemic, 2020 has seen China realize its intermediate goal for national defense and military development, Xinhua reported on December 8.

China aims to basically complete the modernization of national defense and armed forces by 2035 and fully transform the PLA into a world-class military by the mid-21st century.

Song said the revised regulations could help the PLA achieve the goal of modernization in terms of military equipment as soon as possible.