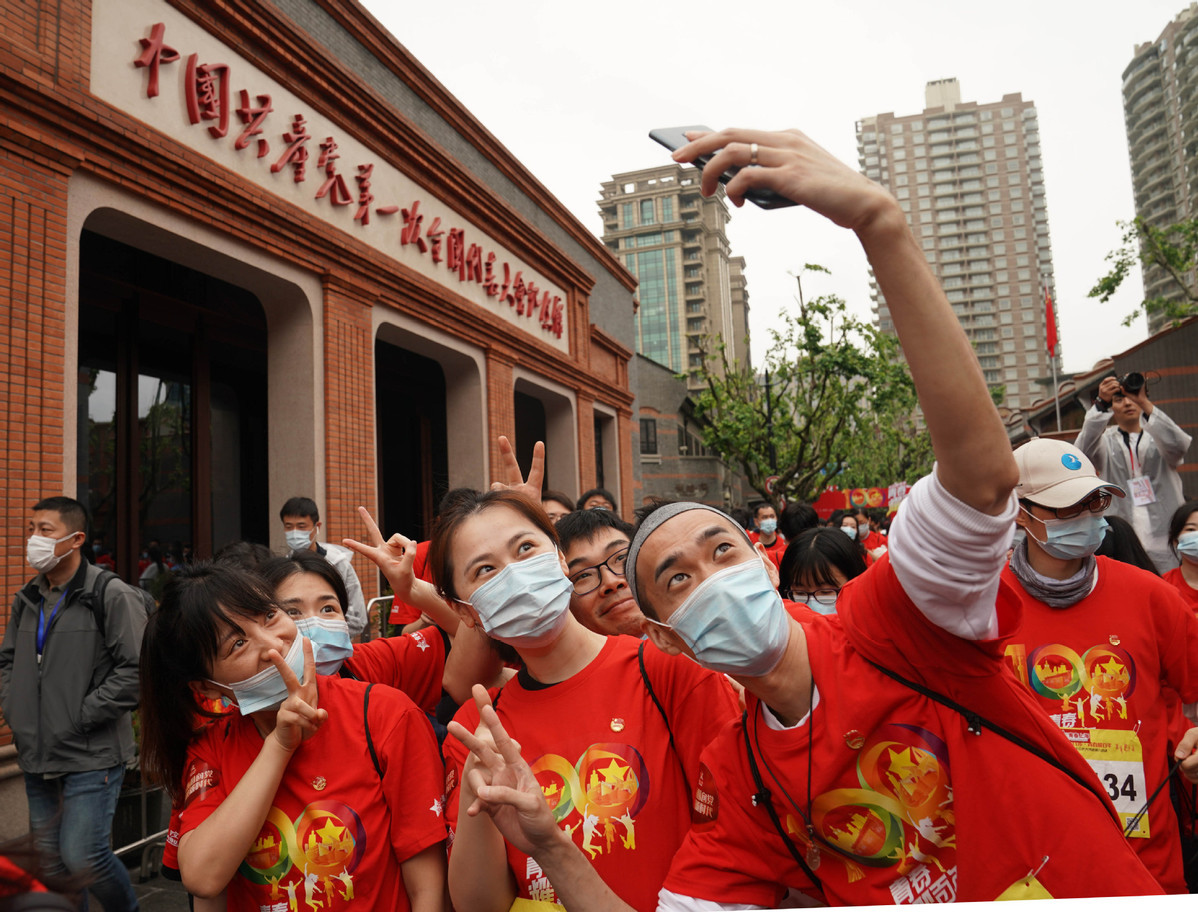 Visitors pose for pictures in front of the Memorial for the First National Congress of the Communist Party of China in Shanghai's Huangpu district, on June 15, 2021. (Photo: Xinhua)

A regulation on the promotion, conservation and utilization of resources related to the Communist Party of China in Shanghai took effect on July 1.

The regulation stipulates that researchers of Party history should reinforce basic research on historical resources in the city where the Party was conceived and born in 1921, with an aim of providing academic support for exploring the historical heritage of the city, enhancing interpretation at memorials of revolutionary sites, and developing creative products and tourism.

The city has pledged to establish a digital list of local historical resources of significant educational and commemorative value to enhance resource conservation, according to the regulation. Protecting and the memorialization of signs of historical resources will be created as well.

More than 612 cultural sites related to the Party were been established in the city following research last year. These sites range from memorials of historical sites to former residences of leading members and martyrs' cemeteries.

In addition, the regulation clarifies the responsibilities of departments and institutions in the promotion, conservation and utilization of resources.

Units or individuals are not allowed to relocate or tear down Red historical sites or memorials without permission, nor rebuild structures on original Red revolutionary sites without authorization.

The city will also facilitate the coordinated development in this field among cities in the Yangtze River Delta by carrying out research, exchanges between libraries, and other activities.

The committee will also strengthen ties with organizations such as the Shanghai Society of CPC History and the Shanghai New Fourth Army History Research Association and host seminars and research activities.

Furthermore, the team of Party history experts will be expanded.