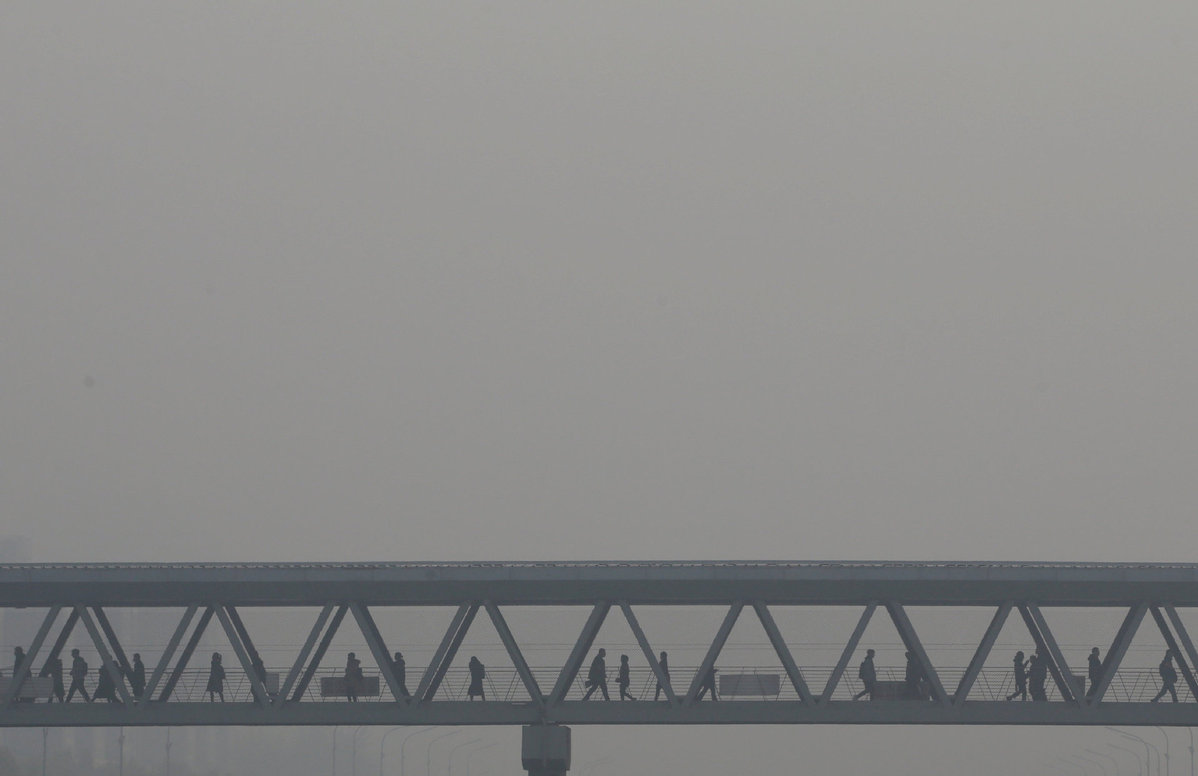 Their research approach, based on big data analysis of online comments, is expected to show whether people are satisfied with the rate of improvement in air quality.

The study, published in the journal Nature Human Behavior on Jan 22, found that the concentration of PM2.5 particulate matter and people's moods are inversely related.

The study, a joint effort by experts on big data, urban economics and environmental science, found that people are more affected on weekends, holidays and days with extreme weather conditions, and that women and the residents of the cleanest, dirtiest and richest cities are more sensitive to air pollution.

The researchers collected and analyzed 210 million geotagged tweets on Sina Weibo, a major social media platform, across 144 China cities from March to November 2014 and constructed a daily city-level happiness metric based on the sentiments expressed.

The happiness index declines sharply, falling by 1.451 standard deviations, when the government announces a 'severe pollution' alert, it said.

Traditional research approaches measure happiness by asking people to assess their satisfaction with life or rate their mood. It can be a challenge, however, for such approaches to distinguish real-time and long-term happiness. The approach used in the new study helps address that problem.

The researchers managed to measure real-time happiness by conducting semantic analysis of expressed sentiment in comments on Sina Weibo with the help of a machine-trained sentiment analysis algorithm from computational linguistics.

The study also noted that the overall negative impact of air pollution on people's happiness shown by the study could be underestimated, considering that younger, more educated people are more active in social media than the elderly, who are more vulnerable to the health effects of air pollution.

"The widespread availability of social media has increased the Chinese people's willingness and ability to voice their dissatisfaction on air pollution and other quality of life issues," the study concluded, adding that the support of young and well-educated people for clean air provides an incentive for the government to enforce environmental standards.

Wang Jianghao, a big data expert who was the primary author of the study, said the researchers are continuing to follow changes in the happiness index and air quality, which will help to determine whether people are satisfied with improvements in the air.

The study will also be expanded to cover the possible effect of air pollution on people's travel, dining and entertainment plans. One specific focus could be whether bad air makes children less willing to go to school, said Wang, an associate researcher at the Chinese Academy of Sciences' Institute of Geographic Sciences and Natural Resources.

There have been a large number of studies on the impact of air pollution on people's health, but less on its impact on mood. Big data could play a big role in similar people-centered studies, the results of which are expected to better serve the public, Wang said.

The role of big data in the studies could become even more important given that the government has vowed to improve the environment and increase people's happiness by ensuring more blue skies, he said.