New rules laid down for kindergartens

Kindergartens in Beijing are now required to have a minimum of two people at all times looking after the children, local authorities said on Friday. 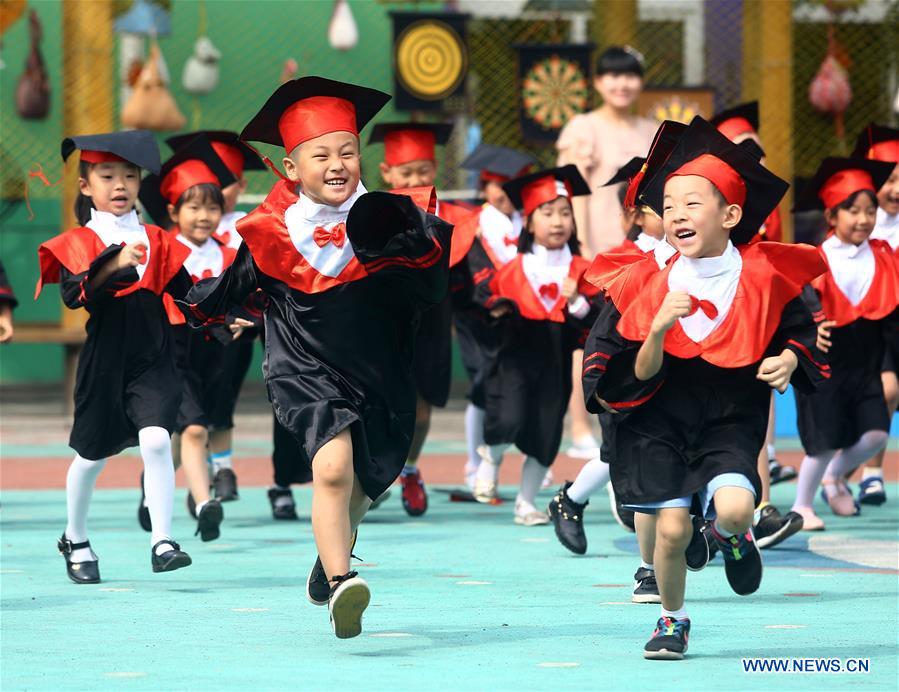 The rule is intended to minimize risks in the capital's kindergartens in the wake of a child abuse case at Beijing RYB kindergarten in the Xintiandi community of Chaoyang district in November, according to a statement released by the General Office of the Beijing Municipal Government.

At least one trained security staff member should also be present at every kindergarten to ensure the children's safety, the statement said.

Chu Zhaohui, a senior researcher at the National Institute of Education Sciences, said the rules set a good standard for kindergartens that could be expanded nationwide in the future.

However, he warned that the qualifications of kindergarten faculty members need greater scrutiny, as many preschools lack qualified, responsible teachers, especially in rural areas. He once proposed to the Ministry of Education that 200,000 kindergarten teachers should be trained every year to fill the faculty gap.

"But it didn't get enough attention, and a huge gap still exists in kindergarten teacher resources," Chu said.

Chen Baosheng, minister of education, said in a news conference in March that China has a shortage of 710,000 kindergarten teachers and 760,000 caregivers, based on the standard of one teacher for every 15 children and one caregiver for every 30.

Under the new regulation, a much stricter admission standard will also be applied to establish a punishment mechanism. Inappropriate behavior by teachers - including any abuse, discrimination, physical punishment or humiliation of children - will be treated severely.

The alleged child abuse at the Xintiandi branch of RYB kindergarten resulted in formal charges in May against the suspect, a Beijing preschool teacher identified only as Liu from Hebei province.

The suspect was detained on Dec 29 and accused of using needles to "discipline" her students.

The allegations prompted a citywide inspection of kindergartens in November, and the Beijing Education Commission ordered all institutions to take immediate steps to reduce potential risks.

Surveillance cameras will also cover all public areas in the capital's kindergartens, as required by the new regulations. Safety education courses and emergency evacuation drills will also be carried out regularly to improve the children's ability to protect themselves.