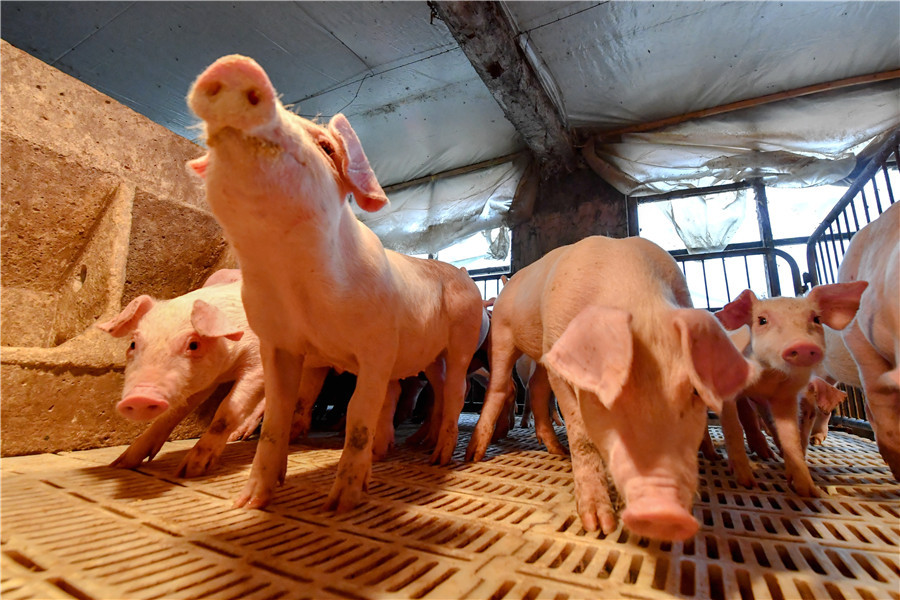 Current evidence suggests it is extremely unlikely the public will be infected by the G4 swine influenza virus, a subtype of the H1N1 swine flu virus that caused the 2009 influenza pandemic, according to a statement by the Chinese Centers for Disease Control and Prevention on Friday.

On June 29, Chinese scientists published a study in the journal Proceedings of the National Academy of Sciences, stating that they had found a group of viruses in Chinese pigs, referred to as the "Eurasian avian-like H1N1 swine influenza viruses". They found the viruses could infect humans and therefore were of potential pandemic concern.

This group of viruses includes six strains labeled from G1 to G6, with the G4 variant being the most worrisome as it exhibits "all the essential hallmarks of being highly adapted to infect humans, and should be paid close attention to," the Chinese CDC said.

The CDC said there have been no reports of this group of viruses spreading from person-to-person, a prerequisite for a pandemic. The World Health Organization and the United States are reported to be closely monitoring the virus's development.

"The current G4 virus does not increase the risk of an influenza pandemic, and the research results also do not suggest the virus can pose an immediate threat to public health," the Chinese CDC said.

Since 2010, China's influenza monitoring network has reported 13 human cases of EA-H1N1 viral infection, three of which were G4 infections, the CDC said. China tests over 400,000 samples on average each year.

Given the low number of cases, the Chinese CDC said, "The probability of the public being infected by the virus is extremely low." Maintaining good personal hygiene, getting annual flu shots, and reducing direct contact with livestock and wild animals are suggested courses of protection.

Pork products are also safe to consume as long as they are purchased from creditable and qualified vendors and are cooked properly, it said.

"The EA-H1N1 are not recently discovered new viruses; they have been in China's swine populations for years, and the G4 strain has become the predominant genotype in Chinese pigs since 2016," the Chinese CDC said.

The G4 swine flu virus can infect cells of the human upper respiratory system in vitro, and animal testing on ferrets shows that the G4 virus can be spread via respiratory droplets and direct contact, it said.

However, both the in vitro and animal tests are not enough to prove that the virus can spread in the same way in the human population, it added.

Yang Hanchun, a swine disease expert at China Agricultural University, said in a statement posted by the Ministry of Agriculture and Rural Affairs on Friday that the G4 virus has been monitored by the WHO and China since 2011.

"Key authors of the study said the G4 swine flu virus cannot replicate effectively in human bodies and cause disease," he said. "The pig farm workers involved in the study also did not showcase influenza symptoms."

While the PNAS study said about 10 percent of the 338 swine workers, and 4.4 percent of the 230 people tested in a household survey had antibodies against the EA-H1N1 viruses, Yang said the sample size is too small to yield any reliable conclusions about the virus's contagiousness.

Carl Bergstrom, a professor of biology at the University of Washington, said in his tweet that the G4 virus has been very common in pigs since 2016.

"There's no evidence that G4 is circulating in humans, despite five years of extensive exposure. That's the key context to keep in mind," he said.