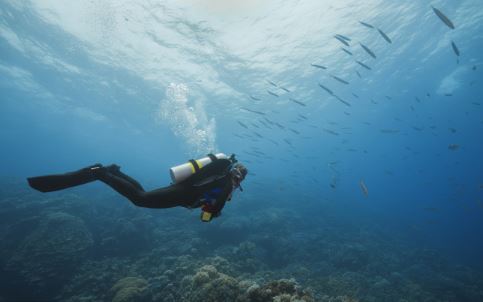 Underwater vehicles, diving robots and detectors require their own energy supply to operate independently of the mother ships for long periods of time.

The underwater challenge for power generators is to ensure a high energy density for basic power use and a high power density for activities such as rapid movement or use of a gripper.

Researchers from the East China Normal University in Shanghai, Shanghai University and the Chinese Research Academy of Environmental Sciences in Beijing reported in the German journal Angewandte Chemie that the key to the new generator is a cathode made of Prussian blue, an open framework structure with cyanide ions and iron ions which can easily accept and release electrons.

When combined with a metal anode, the structure can be used to generate electricity from seawater.

Tests show that the generator operates stably in corrosive seawater and can withstand mode switches. It ran continuously for four days in its high-energy mode without losing power. In the high-power mode, the generator can supply power to a total of 39 light-emitting diodes and propeller.