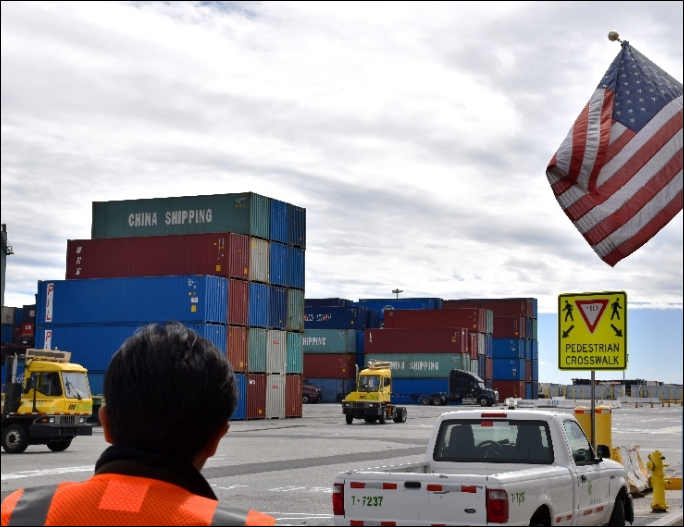 A deal between the United States and China to resolve their trade disputes is widely expected to be reached this year, while sluggish global growth and tariffs are seen as main reasons for a sharp slowdown of the US economy, US media reported Tuesday citing a recent survey.

CNBC reported that the CNBC Fed survey for March showed 79 percent of the 43 respondents expected a US-China trade deal this year, 2 percent predicted a new round of tariffs, and 17 percent said the trade tension will continue.

Those polled range from economists to fund managers and strategists, according to the report.

The average forecast for the growth of the US gross domestic product (GDP) for 2019 is 2.3 percent, down from the 2.44 percent prediction made in a January survey by the CNBC and a drastic decline from the 3.1-percent year-on-year GDP rise recorded in the fourth quarter of 2018.

For 2020, the respondents predicted that economic growth will decelerate to below 2 percent.

As for what factors contribute to the US economic slowdown, slowing global growth and protectionist trade policies are viewed as the top two reasons. Thirty-two percent of the respondents said US expansion is hampered primarily by global weakness, and 27 percent assigned the cause to trade protectionism.

Tariffs, both those imposed by the Trump administration and those levied by other countries in retaliation, are seen by 45 percent of the respondents as having a significant role in global slowdown. Another 48 percent perceived the effect to be modest, and only 7 percent said the duties are irrelevant.

Kevin Hassett, chairman of the Council of Economic Advisers, said in a telebriefing Tuesday morning that "there's ample room for optimism" about the US economic outlook.

He said the administration is "watching closely" signs of recession globally, especially in Europe, which he said "seems very close to recession" partly because of uncertainties related to Britain's exit from the European Union.

"We are pretty confident that the momentum that we are carrying into this year will continue," Hassett said of the US economy. "I think the idea that we would have a recession next year is certainly not impossible ... but it would be very unusual for such a thing to happen."