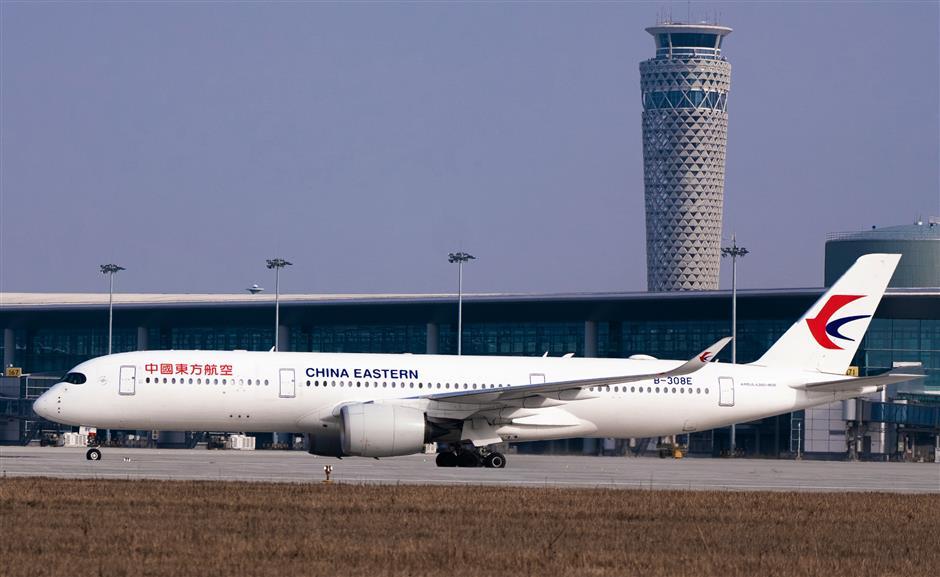 A China Eastern Airlines flight from New York to Shanghai has been suspended after passengers tested positive for COVID-19, China's civil aviation authority said on Friday.

Flight MU588 was suspended for four weeks from April 19 after 10 passengers on the flight tested positive on March 30, the Civil Aviation Administration of China said.

China Eastern was required to appease its passengers and offer refunds or change services.

The CAAC launched its suspension mechanism for international passenger flights in June 2020 and updated the policy in December last year to further contain the spread of COVID-19.

The updated policy states that a flight suspension will be extended from one week to two if the number of passengers testing positive reaches five.

A suspension will last for four weeks if the number reaches 10.

If all an airline’s inbound passengers test negative three weeks in a row, it will be allowed to increase flights to two per week.

Over 100 suspension orders have been so far issued to both domestic and overseas carriers.

Shanghai reported three imported coronavirus cases on Thursday, the Shanghai Health Commission said on Friday. So far, of all 1,545 imported cases, 1,497 have been discharged on recovery and 48 are still in hospital. One suspected imported case is undergoing tests.