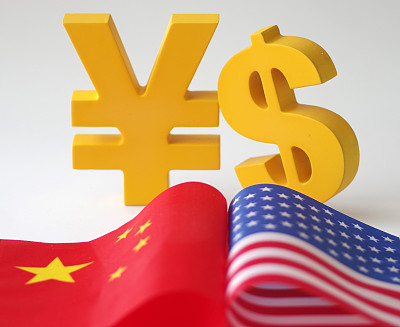 Chinese President Xi Jinping's special envoy and Vice Premier Liu He will visit the US from May 15 to 19 for economic and trade consultations, a foreign ministry spokesperson said in Beijing on Monday. US Treasury Secretary Steven Mnuchin invited Liu to visit the US for further economic and trade negotiations, the Ministry of Commerce said in a statement on May 9. China has accepted the invitation, and the next round of negotiations is right around the corner. If we review China’s voices from different channels, we would see that the attitude expressed has been consistent.

“China always adopts the scientific and unbiased method to conduct inspections and quarantine of imports in accordance with laws and regulations,” Foreign Ministry Spokesperson Geng Shuang told a regular press conference on May 10, in response to the question on reports that US cars, logs, fruits and other products are being held up during customs clearance for added inspections.

The international community knows very well who is defending the multilateral trading system and upholding the international trading rules and who is taking protectionist measures and wielding the big stick of unilateral sanctions. We hope the US will give up its trick of a thief crying "stop thief." At this point, the global economic recovery is at a crucial stage. We hope the US, as the world's No.1 economy, can faithfully assume its due responsibility and play a constructive role, as a country of its standing should.China stands ready to work with the US and other members of the international community to promote the growth of international trade, deepen economic and trade cooperation between countries and inject more positive energy into world economic development,” Geng said at a regular press conference on May 9. Forty-one members of the World Trade Organization (WTO) issued a joint statement on May 8, expressing concerns over rising trade tensions and risks of escalating protectionism.“It serves the interests of our two sides and the world to resolve differences and disputes through equal-footed negotiations and maintain the sound and steady development of China-US trade ties,” Geng stressed on May 8. “The international community has been repeatedly calling on the US to respect WTO and multilateral rules. There are also more and more people in the US who came out opposing its trade protectionist measures,” Foreign Ministry Spokesperson Hua Chunying said at a regular press conference on May 4. On May 3, the US National Taxpayers Union sent an open letter, expressing its opposition to the protectionist measures recently adopted by the US government on trade. More than 1,100 economists have signed the letter. Economists are convinced that increased protective duties would be a mistake. They would operate, in general, to increase the prices which domestic consumers would have to pay. The policy of higher tariffs would affect their international relations and world peace. The letter also warned the US government against protectionist measures it imposed at the start of the Great Depression in 1930. 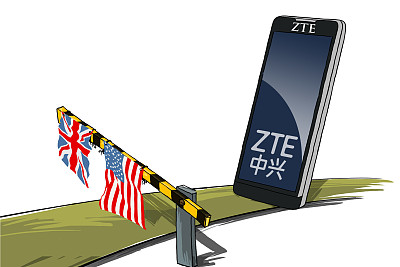 China has lodged solemn representations with the US on the ZTE case during the China-US economic and trade consultations from May 3 to May 4, a spokesperson for China's Ministry of Commerce said Friday.The US side said that they attach importance to China's representations and will report China's stance to the US president.China welcomed the visit by the US delegation headed by the US president's special envoy and Treasury Secretary Steve Mnuchin to discuss trade issues between the two sides, Hua said when the US high-level trade delegation visited China on May 3. “As the world's top two economies, the US and China should properly resolve relevant disputes through equal-footed consultations and maintain the long-term stability of China-US economic and trade ties. It undoubtedly serves the common interests of the two countries as well as world economic stability and growth. In light of the economic volumes of the two countries and the complexity of bilateral ties, it is never very practical to imagine all problems being wiped out through one-time consultations," said Hua on May 2.

"However, as long as the US is sincere about maintaining the long-term stability of China-US economic and trade ties and comes to the negotiating table with mutual respect, equal-footed consultations and win-win results in mind, then we believe that the bilateral consultations would be constructive,” added Hua. The office of the United States Trade Representative released the Special 301 Report on intellectual property rights on April 27. In the report, the US ignored the facts and continued to place China on the Priority Watch List. China protested against it and urged the US to fulfill its promises and respect the facts, and objectively, fairly and kindly evaluate the efforts and achievements on IPR of the foreign governments, including China.

The Chinese government attaches great importance to IPR protection and will view it as the most important matter in improving the property rights protection system and the biggest stimulus to enhancing China’s economic competitiveness. For years, China has continued to improve legislation and strengthen the administrative and juridical protection for IPR and ensure that related institutions and protection standards comply with international rules.

At the same time, China has kept expanding its opening up, carried out the negative list system and treated the domestic and overseas-funded enterprises without distinction to improve the business environment of foreign investments.With the development of new technologies and global value chain, IPR protection has become a common concern of innovation development. Together with other countries, China would like to “strengthen international exchanges and cooperation on IPR and jointly meet the challenges,” an official from China's Ministry of Commerce's Department of Treaty and Law said on April 29. China's opposition to any country imposing unilateral sanctions in accordance with its domestic laws is consistent and clear. We hope that the US could stop undermining foreign investors' confidence in the business environment of the US and refrain from hurting the normal, fair and mutually beneficial development of international investments and trade, Hua told a regular press conference on April 26. US prosecutors in New York have been investigating whether Huawei violated US sanctions in relation to Iran, according to media reports. “China has been firmly supporting the multilateral trading regime as an active participant and an important contributor. Whatever remarkable achievements we have made in our development endeavors, they were made because we honor international rules and are a hardworking people,” Foreign Ministry Spokesperson Lu Kang said on April 25. On April 24, the US Consul-General to Hong Kong said that China doesn't abide by WTO rules, which harms US interests and that China's economic volume and its success in the world economy has catalyzed the idea that global trade rules can be ignored, media reports said. “China-US economic ties are mutually beneficial in nature and have long been delivering tangible benefits to the business communities and consumers of the two countries. It is not surprising for China and the US, the two largest economies, to have some problems in the economic field. These problems can be solved through bilateral consultations or within a commonly recognized multilateral framework. However, they can never be solved through unilateral means,” Lu told a press briefing on April 24. Mnuchin expressed his hope to discuss economic and trade issues in his China visit.