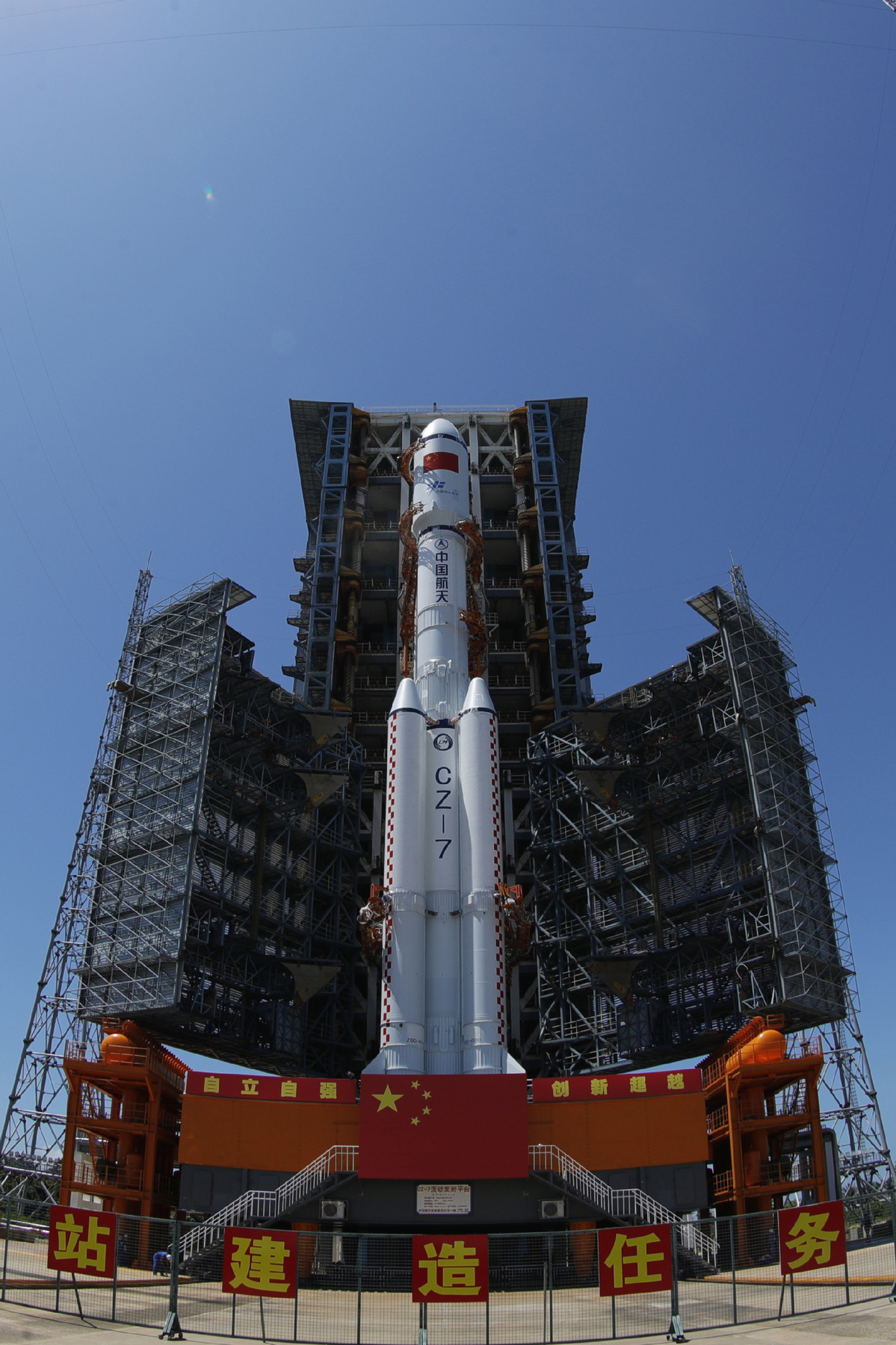 The combination of the Tianzhou 2 cargo spacecraft and the Long March-7 Y3 carrier rocket are seen at the launching area of the Wenchang Spacecraft Launch Site in South China's Hainan province, May 16, 2021. (Photo: Xinhua)

China will launch a robotic cargo spacecraft early on Thursday morning to dock with the recently deployed core module of the country's permanent space station, according to the China Manned Space Agency.

Propellants have been pumped into a Long March 7 carrier rocket at a coastal launchpad at the Wenchang Space Launch Center in the southernmost island province of Hainan, and the launch is set to take place at about 1 am, the agency said in a brief statement on Wednesday night.

The rocket will transport the Tianzhou 2 cargo ship to a low-Earth orbit to rendezvous and dock with the unmanned core module of the Tiangong space station and then conduct autonomous refueling and resupply operations, it said.

The core module, named Tianhe, or Harmony of Heavens, was lifted by a Long March 5B heavy-lift rocket at the Wenchang launch center on April 29.

Now traveling in a rendezvous orbit waiting for Tianzhou 2, the module has carried out a series of tests to verify its designs for rendezvous and docking operations and astronaut accommodation, as well as experimental equipment, the agency said.

After their in-orbit connection, Tianzhou 2 will inject propellants into the module and transfer necessities for the astronauts who will be stationed there.

China's most adventurous space endeavor, Tiangong, or Heavenly Palace, will consist of three main components — a core module attached to two space labs — with a combined weight of nearly 70 metric tons. The entire station is set to work for about 15 years, mission planners have said.