Nigerien volunteers to secure Beijing, his second hometown amid COVID-19 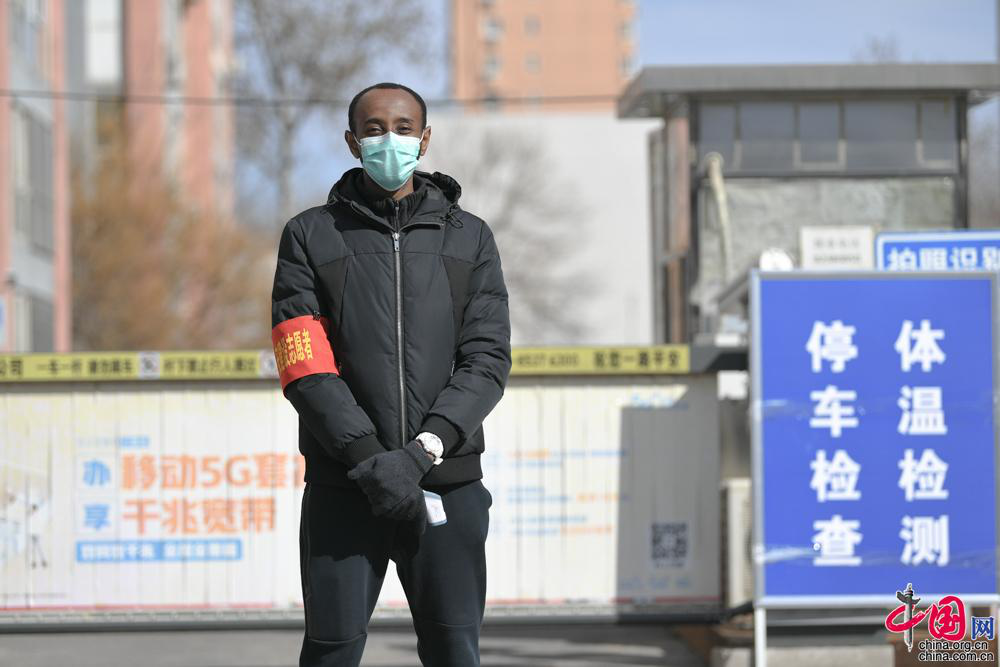 Ali Albade from Niger is considered “sweet and nice” by his Beijing neighbors. After spending 11 years in the Chinese capital, he has turned from an “muggle” of mandarin to a high-level speaker of Chinese, becoming a genuine part of the Beijing community.

In March, the community’s neighborhood committee started recruiting foreign volunteers to facilitate the communication between foreign residents and the community during the COVID-19 epidemic. As a trilingual resident speaking Chinese, English and French, Albade signed up immediately. On the afternoon of every Monday, Wednesday and Friday, he would take temperatures, explain policies, distribute materials and spread anti-epidemic tips.

He also translated the community’s notices into English and sent them to a chat group of foreigners living there, so as to keep the latter updated of the latest epidemic prevention and control information.

“Beijing is my home, I just did what I should do.” That’s what Albade always said responding to compliments he received when he was on duty at the entrance of his community during the epidemic.

“I’m quite familiar with the community and I’m glad to help the new comers from overseas,” said Albade.

It’s been six years since he moved to the community after graduating from the Beijing Language and Culture University. The community, located in an area where multiple universities are situated,  is home to over 30 foreign residents from 28 countries and regions. 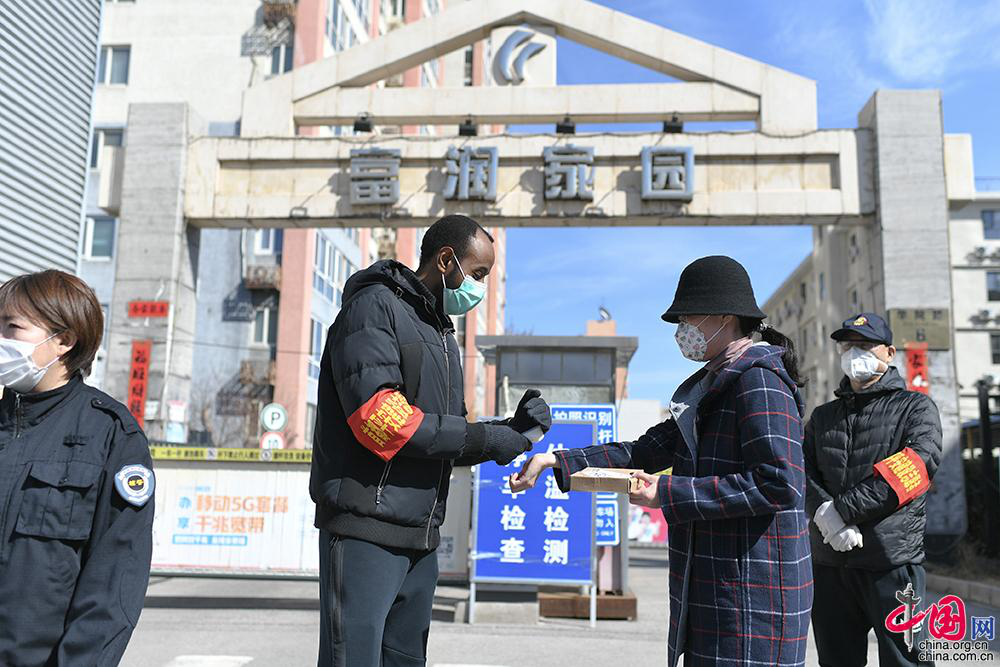 Ali Albade takes body temperature for a resident at the entrance of his community, March 10.

He taught a family of four that had just arrived from the U.S. how to use online food delivery and grocery apps. Besides, he also left his own number on these apps for the family, in case they had problems communicating with couriers.

Albade said the chat group anwers everything. “I received a lot of help from my Chinese friends when I just arrived in Beijing, and now I want to help others,” he added.

Xueyuanlu neighborhood, where Albade’s community is located, issued an epidemic response plan tailored for foreign residents, requiring all communities in the area to help each other and mobilizing foreign residents to offer volunteer services so as to forge a strong power against the virus from both Chinese and foreign communities. Now, Albade’s community has 7 foreign volunteers who joined the service inspired by him.

As China’s epidemic prevention and control situation continues to improve, Albade has returned to his work. However, he is still volunteering three times a week. “I must give thumbs up to the Chinese people. It is because of the timely preventive measures that China has managed to contain the virus. I think China is worth learning from for other countries,” Albade said.